Feb. 17 was an exciting day for the USFL and fans, as all eight teams unveiled their uniforms. Check out the reveal and get ready for the USFL on FOX this April!

It’s getting easier to picture what springtime football will look like, now that the USFL is unveiling the helmet designs and jerseys for all eight teams.

Last fall, the new football league revealed the USFL teams’ locations and names. Since then, all eight teams have hired coaches, and the league announced that regular season games would be played in Birmingham, while the playoffs and championship will be played in Canton, Ohio. 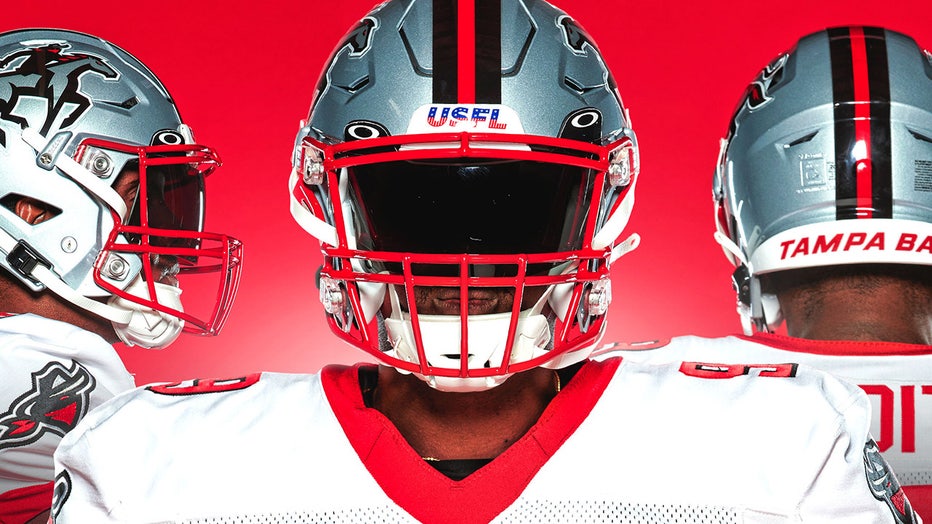 But fans had not yet seen the teams’ uniforms – until Thursday. Scroll below for a team-by-team look as they drop today.

All that remains now is the player selection meetings, which are talking place next week. Training camps are scheduled to open March 21.

What is the USFL?

The USFL is a new, independent American football league controlled by FOX Sports through NSFL HoldCo, LLC, a new business entity. The league will hold a player selection meeting Feb. 22-23, and training camps will open March 21.

The eight teams will be split into two divisions: North and South. Each team will play 10 games from April to June, with each team within the division playing each other twice and once with a team from the opposite division. The top two teams will then play in a championship game.

Each USFL team will carry a 38-man active roster, plus a seven-man practice squad, and players will receive base compensation and be eligible for victory bonuses.

How can I watch the USFL?

FOX Sports will carry 22 of the 43 USFL games, with 12 broadcast on FOX and 10 on FS1. Other games will air on NBC-owned networks.

The first game will feature the New Jersey Generals against the Birmingham Stallions and will kick off at 7:30 p.m. ET on Saturday, April 16 on FOX.

In their own words: The USFL coaches

Think football season is over? Think again! This April, pro football is back on FOX as the USFL’s inaugural season kicks off. Hear the eight team coaches discuss the new professional football league and why they are excited to be a part of the USFL.