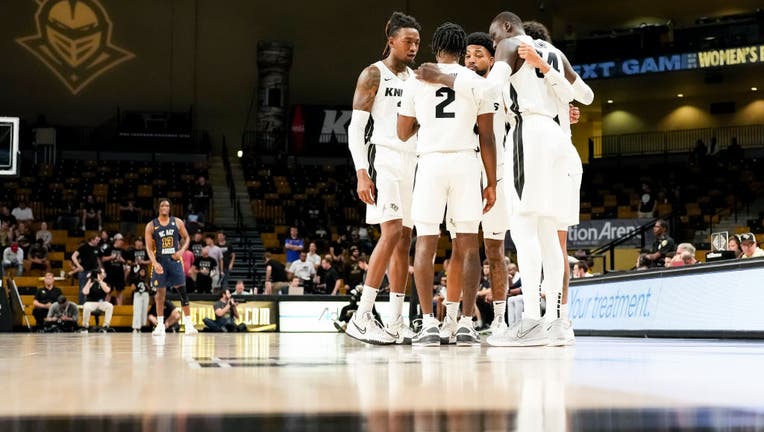 ORLANDO, FL - DECEMBER 11: during the basketball game between the UCF Knights and the and the North Carolina A&amp;T on December 11th, 2021 at Addition Financial Arena in Orlando, FL. (Photo by Andrew Bershaw/Icon Sportswire via Getty Images)

ORLANDO, Fla. - It's been an up and down week for the University of Central Florida men's basketball team.

A huge statement win over Michigan was followed by a deflating loss against conference opponent Southern Methodist.  Now the Knights hope to bounce back as they start a three-game home stretch on Wednesday.

UCF continues American Athletic Conference play by hosting Temple, a team they have already beaten once this season.

The Knights want to get back to playing their style of basketball. In their loss to SMU on Sunday, UCF only assisted on five buckets.

Head coach Johnny Dawkins isn't worried about that performance, and neither are the players.

The team is looking forward to getting back on track in front of their home crowd, and punching out a win.

"We all come into practice ready to go. It’s conference time. I think we should’ve against SMU. We came out with the ‘L’ but we just got to move forward now," junior guard Darin Green Jr. said.

"I just want to see us continue to play UCF basketball. .playing at great pace, really good space. If we do that. I think we’re very successful. When we get away from that sometimes, it limits what we’re capable of doing," Dawkins said.

UCF is 6-1 at home this season. Wednesday's game against Temple tips at 7 p.m.