Tampa Bay Lightning Captain Steven Stamkos hoisted the Stanley Cup during the championship boat parade along the Hillsborough River -- but not before giving Lord Stanley a kiss.

WASHINGTON D.C. - After winning two Stanley Cup championships, the Tampa Bay Lightning will finally get their chance to be honored at the White House.

Their visit will take place Monday, one day after they face the Florida Panthers in South Florida on Sunday evening. 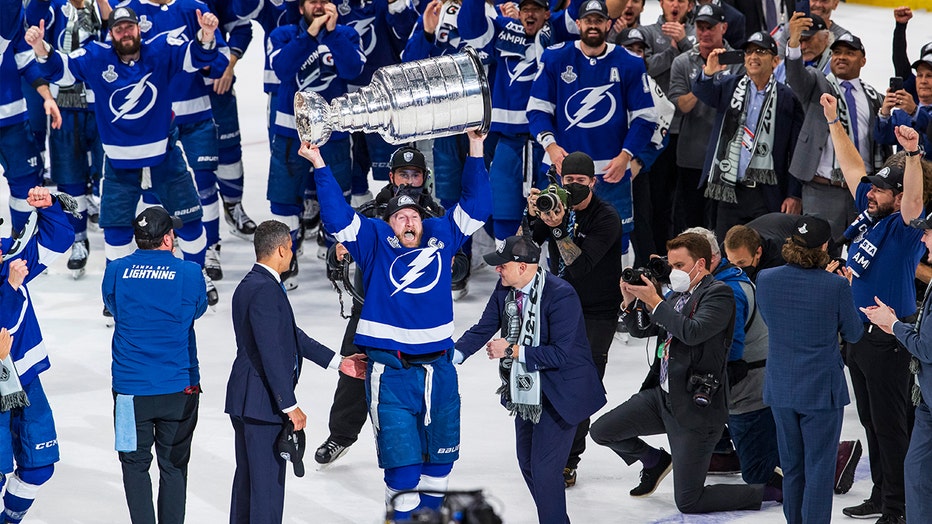 It will be the first time the back-to-back champions will visit the White House, even though they won a total of three Stanley Cups.

After the 2003-04 season win, a lockout occurred. Now, as they head into the playoffs, they will finally get their chance after the pandemic delayed the opportunity.

The Tampa Bay Lightning celebrated their Stanley Cup win with a boat parade and Sir Stanley got to take a ride on a Sea-Doo to greet fans along the Hillsborough River waterline.

The last time an NHL team visited the White House was in 2019 following the St. Louis Blues win – when Pat Maroon was a team member.

In July, the Tampa Bay Buccaneers were able to visit the White House following their Super Bowl win with Tom Brady.