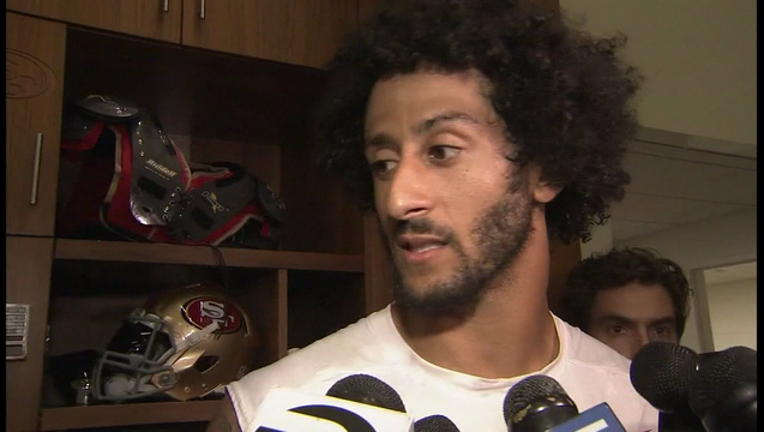 The San Francisco 49ers quarterback sparked controversy during the NFL's preseason by sitting instead of standing during the "Star-Spangled Banner." Kaepernick says he's protesting what he describes as oppression of minorities in the United States. Some who have criticized the protest said it was insulting to veterans.

But some people who identify themselves as veterans have tweeted pictures of themselves in uniform and messages of support under the hashtag #VeteransForKaepernick.

One says he served to protect freedoms, not a song. Another says protesting is every American's right.

Kaepernick says he will continue his protest ahead of Thursday's preseason game in San Diego.