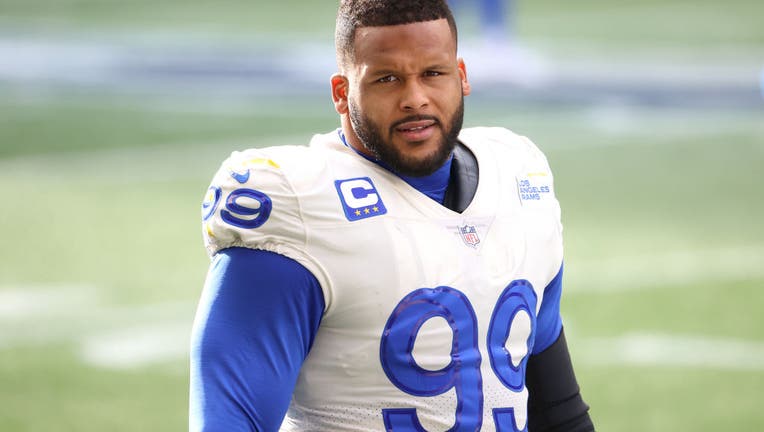 PITTSBURGH, Penn. - A man claims he was beaten up by Los Angeles Rams star Aaron Donald over the weekend, according to a report from TMZ.

The Rams released the following statement after reports of allegations against the star defensive tackle surfaced:

"We are aware of the reports regarding Aaron Donald. We are collecting more information and will have no further comment at this time."

As of Wednesday evening, Donald has not issued a statement in response to the allegations against him. The accuser is seeking a criminal investigation into the Rams star, TMZ reports.

Donald is known by many in the NFL circles as one of the best defensive players in the league, if not the best player overall. Known for (metaphorically) terrorizing opponents on the field, the 29-year-old defensive tackle has been named the NFL's defensive player of the year three times, named first-team All-Pro six times and has earned seven Pro Bowl nods.