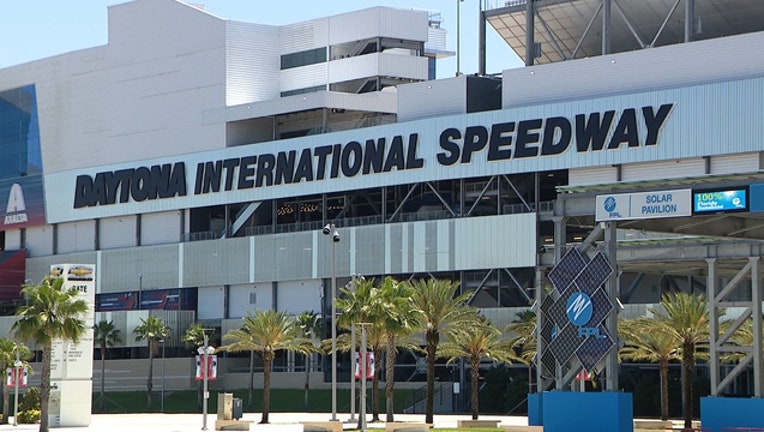 DAYTONA BEACH, Fla. (AP) - The midpoint of the NASCAR season is here, making one last holiday weekend run at its birthplace, trying as always to deliver a white-knuckled thrill fest on the high banks of Daytona International Speedway.

"It's been an extraordinary year," Steve Phelps, who took over as president of NASCAR late last season, said Friday. "I think the racing product has been exceptional. By and large, the fans are incredibly excited about what they see."

The numbers support Phelps' assertion that the racing is indeed more competitive than it was this time last season, when Kevin Harvick, Kyle Busch and Martin Truex romped over the competition during a summer stretch in which the three could not be beat. There have been 602 green flag passes for the lead in 17 races, up from 383 at this point last year. The average number of lead changes is nearly 19 per race, up from 15.88, and four races this season have produced record-setting green flag passes for the lead.

Conversely, though, there have been just seven winners this season, with the lion's share of the checkered flags going to Joe Gibbs Racing and Team Penske. Gibbs drivers have combined to win 10 races, and Denny Hamlin led a 1-2-3 JGR sweep of the season-opening Daytona 500, while Penske drivers have six wins.

Hendrick Motorsports is finally showing signs of a turnaround behind Bowman's victory at Chicagoland and Chase Elliott's win at Talladega, but it can't be overlooked that the parity the new rules were intended to create has not trickled down to the rest of the field. Stewart-Haas Racing is winless so far - the organization won 12 races last year - but the domination to date by two teams does not have NASCAR worried.

"The Penske-Gibbs piece, those teams have figured things out," Phelps said. "There have been plenty of opportunities for Kevin Harvick to have won. I think that's going to balance out. I don't think alarms are going off that it is just a Gibbs and Penske show."

Daytona, an unpredictable and often crash-filled race, has been known to produce wild-card winners and last year the victory went to Erik Jones. But winning on the 2.5-mile superspeedway requires strategy, a lot of luck and, lately, alliances made through the garage.

Hamlin and the Gibbs group brokered a deal with Hendrick Motorsports before the Daytona 500 to work together while drafting, and that put three Gibbs drivers on the podium. The Chevrolet camp fumed that Hendrick would work with rival manufacturer Toyota, while the Ford drivers bickered they didn't do enough to try to put the blue oval in victory lane.

By Talladega in April, the heads of Ford and Chevy demanded their teams work with one another, and it worked for the first Chevrolet win of the season.

The plotting for Saturday night began before the teams even arrived in Daytona.

"We were talking about it just the other day as a group," said Gibbs driver and defending race winner Jones. "We've got some strong race cars. Unfortunately, there is only five Toyotas out there and that doesn't give us a lot to work with, especially with the other manufacturers having more.

"We will do all we can. I know we will have fast cars, but it's definitely going to be manufacturer driven with the other two linking up and sticking together. I think they saw what Toyota has done in the past."

Tension started in the first practice of the weekend, on Thursday afternoon when Brad Keselowski deliberately rear-ended William Byron to send a message that he will not tolerate blocking during the race. It might have been the warning shot on what Saturday night could look like in the final race run at Daytona on the July Fourth weekend.

The event is being moved to August next season as the regular-season finale, ending a run that began in 1959. The change is part of a scheduling shake-up that fans have demanded, with more changes coming in 2021.

Busch is among those sorry to see the holiday weekend race move next year to Indianapolis Motor Speedway.

"I'll be frank, I'm kind of disappointed," Busch said. "Overall, just being in Daytona for July 4th has always been cool. Having the opportunity to go to the beach, having the opportunity to do that, whether that be on Thursday or Friday, not having a lot going on. We are going to miss that, the fireworks show, things like that. Now that's going to be in Indy. Yeah, there's no beach there."