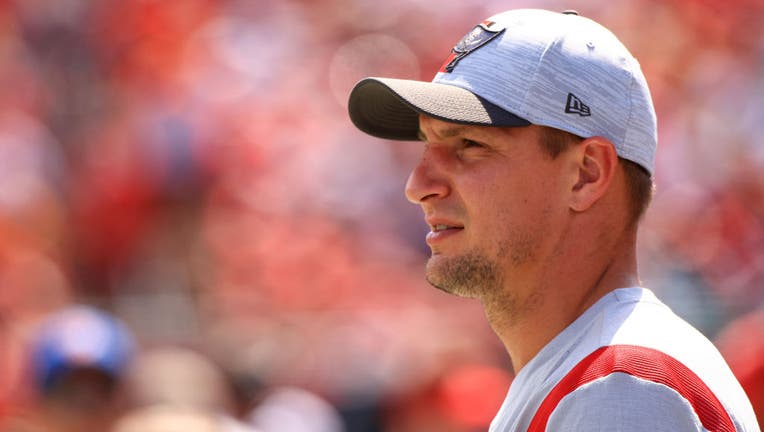 Rob Gronkowski #87 of the Tampa Bay Buccaneers looks on during the first half against the Miami Dolphins at Raymond James Stadium on October 10, 2021 in Tampa, Florida. (Photo by Mike Ehrmann/Getty Images)

PHILADELPHIA - While Tom Brady's thumb injury made headlines this week, other Tampa Bay Buccaneers players are still fighting to get back on the field.

Injury-wise, it's been a challenging year for the Bucs. But they've learned to adjust.

The Bucs are 6.5 point favorites over the Eagles.

"We’re most dangerous when we have 11 people on the same page. Doing the right thing, all trusting. Byron said the other day, even if we do it wrong, we do it wrong together," Tom Brady told reporters earlier in the week. "That still gives us the chance to make the plays. So our communication, us all being on the same page is important. We’re working hard at that every day."

Thursday's game kicks off from Lincoln Financial Field in Philadelphia at 8:20 p.m. on FOX.