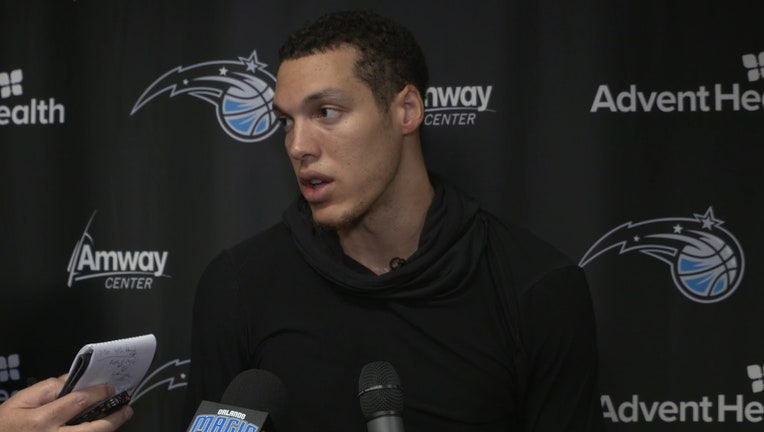 ORLANDO, Fla. (AP) - Aaron Gordon scored a season-high 32 points, Terrence Ross had 22 and the Orlando Magic beat the Phoenix Suns 128-114 on Wednesday night.
Evan Fournier added 21 points, and Markelle Fultz had 13 points, five assists and four rebounds for the Magic.
Frank Kaminsky led the Suns with 23 points and five rebounds, and Devin Booker had 17 points and five assists.
The Suns led by 10 points in the first half on the strength of a hot start from Kaminsky. He made nine of his first 10 shots and had 21 points by halftime.
Gordon made a pair of 3-pointers to jump start a 14-1 run early in the third quarter. Fournier added a 3-pointer to punctuate the scoring spree, giving the Magic a 79-62 advantage.
Gordon was 5 for 5 from 3-point after entering the game shooting 28.4% from long range.
That trend held true for many of his teammates as well. After failing to shoot 50% from the field in any of its first 19 games, Orlando topped that mark for the second time in two nights.
The Magic shot 57.6% from the field, besting the season-best 51.1% in a 127-120 victory at Washington on Tuesday night. They scored more than 125 points for the second consecutive outing, a feat they last accomplished in November 2018 against the Los Angeles Lakers and New York Knicks.
TIP INS:
Suns: The Magic's 57.6% shooting was the worst defensive showing of the season for Phoenix, topping the 57.3% it allowed in a loss at Washington on Nov. 27 .... G Ricky Rubio started despite an injury to his left hand sustained on Monday night at Charlotte.
Magic: G Michael Carter-Willams did not play due to a nasal contusion sustained when he caught an elbow from Washington's Bradley Beal on Tuesday night ... F Al-Farouq Aminu (torn right meniscus) is awaiting word on whether he will need surgery.
UP NEXT:
Suns: At New Orleans on Thursday night.
Magic: At Cleveland on Friday night.