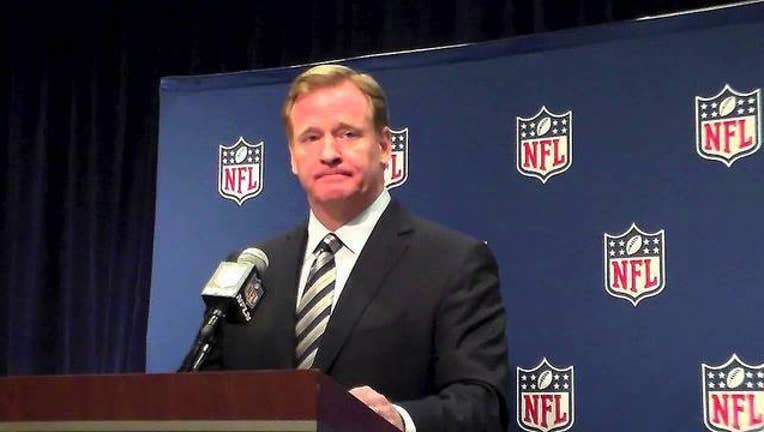 The owners will further consider the desire of three franchises — the St. Louis Rams, Oakland Raiders and San Diego Chargers — to move to Los Angeles.

Nothing will be decided at these meetings. There will be updates from the three teams, and representatives of those three cities will brief the 32 owners on any progress — or lack thereof — on stadiums in their regions.

Potential relocation fees if the league approves a move at some point also could be discussed Wednesday. So might temporary sites for those clubs in Los Angeles, where the Rams hope to build a state-of-the-art stadium in Inglewood. The Chargers and Raiders are combining on a planned project for Carson, California.

No decisions on an actual move to Los Angeles can come before early 2016. However, at the owners' December meetings in Dallas, it's highly possible the NFL will open the window for relocation applications, letting any of the three teams formally apply.

The NFL has not had teams in Los Angeles since the Rams and Raiders both moved in 1995.

Also on the agenda will be the schedule of games abroad. The agreement to hold games outside the United States expires next year, and an extension will be presented to the owners that would carry through 2025.

The league wants to add more such games to its international series — three are being played in London this year. The NFL is looking at more games in England and already has an agreement with Tottenham Hotspur of the Premier League for a minimum of two games a year over 10 years once Spurs open their new stadium in London. That is due for 2018.

The NFL already has played one regular-season game in Mexico City in 2005 and is trying to land another one there, likely next year.

"Mexico no doubt is a strong market for us. Obviously, we have a huge fan base, probably the biggest outside of the U.S.," said Mark Waller, the league's executive vice president/international. "Definitely, we are looking broadly at Mexico, and if we are going to start looking at an international series game, we would definitely look at Mexico City."

Germany also is a possibility, with several of its cities making preliminary bids for a regular-season game. Waller has said Brazil is a potential candidate; the Pro Bowl has been mentioned as one possibility for the South American country.

Regardless of whether the league chooses to play in any of those nations, it certainly will head back to England each year. The grand plan apparently is to hold as many as eight international games a season. There's even talk that every franchise will be required to give up a home game over the next decade or so and play that game abroad.