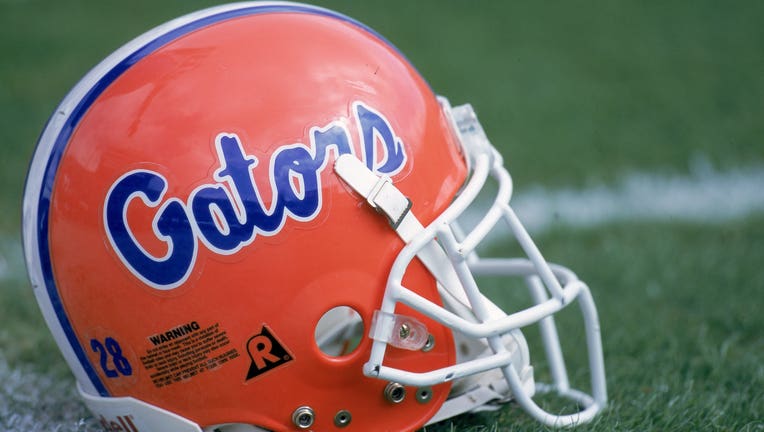 A view of the Florida Gators football helmet taken on the field during the game against the LSU Tigers at the Ben Hill Griffin Stadium at Florida Field in Gainsville, Florida. The Gators defeated the Tigers 11-9.Mandatory Credit: Scott Halleran /Alls

GAINESVILLE, Fla. - A person familiar with the decision says Florida fired defensive coordinator Todd Grantham and offensive line coach John Hevesy on Sunday, parting with the two assistants one day after a 40-17 loss at South Carolina.

The person spoke to The Associated Press on condition of anonymity because the Gators (4-5, 2-5 Southeastern Conference) hadn’t made the moves public. Coach Dan Mullen is scheduled to address the staff changes Monday afternoon.

The Athletic first reported the firings.

Grantham and Hevesy were in the final year of their contracts at Florida. Grantham made $1.8 million annually, and Hevesy was getting $620,000.

Grantham spent the last five seasons with Mullen, including the 2017 season at Mississippi State.

Offensive line and defensive struggles have been among the most glaring issues for the Gators, who have lost three in a row and eight of their last 10 against Power Five opponents.

The Gators ran for a season-low 82 yards against South Carolina. Their defense allowed a season-high 459 yards to the Gamecocks and its most points in the series.

Run defense has been a recurring problem for the Florida, which gave up 454 yards — including 321 on the ground — at LSU three weeks ago. The Gators were gouged repeatedly by the same counter play.

Many thought Mullen would move on from Grantham following the stunning loss to the Tigers, but he gave the veteran coordinator a chance to fix his defense. It backfired. The unit looked unmotivated to play, much less tackle, in Columbia, South Carolina.

Grantham’s job has seemingly been in jeopardy since Florida allowed 30.8 points a game last season. It was the program’s most in more than a hundred years, and the Gators were equally ineffective against the run and the pass. They were gashed for 144 points in three consecutive losses to end 2020.

Mullen responded by firing two defensive assistants. Florida had reason to believe the 2020 results were a fluke. The Gators pointed to the coronavirus pandemic forcing the cancelation of 15 spring practices, eliminating an entire offseason of work and wiping out months of bonding opportunities.

The Gators surrendered eight plays of 30 or more yards in a season-opening shootout at Mississippi and gave up 543 yards, including 205 on the ground, in a close loss at Texas A&M two weeks later. Throw in South Carolina, and Florida allowed 100 points through its first three games for the first time since 1917.

Mullen fired secondary coaches Ron English and Torrian Gray two days after a 55-20 loss to Oklahoma in the Cotton Bowl. He replaced them with Auburn’s Wesley McGriff and South Florida’s Jules Montinar.