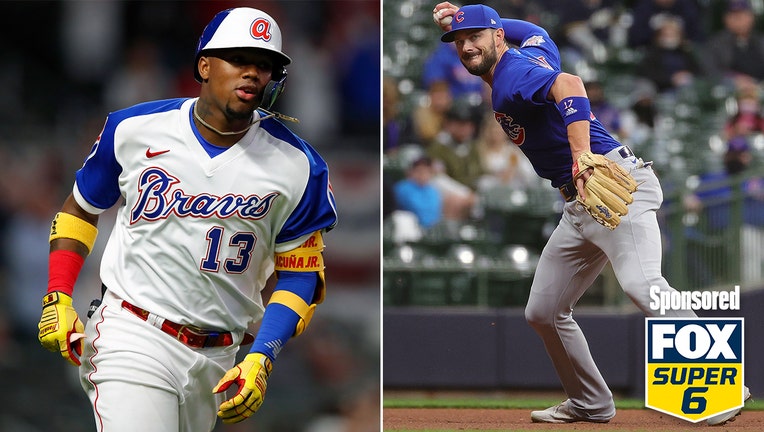 You can’t judge most things in baseball by April. However, you can start to identify trends about teams by the end of the month: what they do well and, just as importantly, what they don't.

The Chicago Cubs and Atlanta Braves are two prime examples of that in the early going. Both have some big strengths and some hideous weaknesses through the first 20-plus games of the year. And on Wednesday night in Atlanta (7:20 p.m., FS1), they will meet in the third game of a four-game series that could give some more answers on what lies ahead for both.

What could lie ahead for you is some cash with FOX Super 6. Answer all six questions correctly in the MLB Late Inning Challenge and you could win $1,000 – absolutely for free. Just download the FOX Super 6 app on any tablet or mobile device to play for free.

In that spirit, here are six things you should know about the Cubs and Braves.

1) The Cubs offense has been putrid lately

After Tuesday night’s game, the Cubs ranked 27th in the majors and worst in the National League in OPS from the seventh inning onward – hitting at just a .604 clip with five homers and just 18 RBIs in 219 at-bats with a .183 batting average.

It is a large reason why Chicago entered Wednesday last in the NL Central and sporting a 10-13 record.

2) The Braves offense hasn’t been much better

Again, small sample size here, but Atlanta’s batting average has been even worse from the seventh inning onward. The Braves are hitting .180 with eight homers and 25 RBIs – thus leading to a more respectable but still not great .645 OPS (18th in the majors).

If you are looking for the Cubs and Braves' pitching stats, avert your eyes. Chicago’s ERA of 4.61 is ranked 28th in Major League Baseball heading into Wednesday, but it’s still better than the Braves' 4.67 ERA.

And that largely comes down to starting pitching. The Braves' starters are throwing to a 4.97 ERA through 23 starts. The Cubs are getting a 5.19 ERA from their starters. Only the Nationals and Angels are worse.

4) Ronald Acuña Jr. is that good

Back from an abdominal injury, Acuña smacked a 481-foot homer on Tuesday night in a 5-0 win. Acuña’s eight homers were tied for the major league lead heading into Tuesday, and that 1.233 OPS is just out of this world.

He is one of the game’s treasures; watching him is a treat on a nightly basis.

5) Kris Bryant is having a great "walk" year so far

The dream for any player in the final year before free agency is to stay healthy and post monster numbers that look great to teams looking to spend in the offseason.

This is the Cubs’ third baseman’s final contract year in Chicago before hitting the open market, and he’s started with a .289 average, six homers, 16 RBIs and a .993 OPS. If the Cubs fall out of contention, there will be teams interested in a deadline trade for Bryant. No matter what, he will have a big market this winter.

The best part of things so far for the Braves and Cubs is that a real leader has yet to emerge in the NL East or Central, respectively.

Everyone in the NL East is bunched within a two game gap of each other. And even with their struggles, the Cubs are still within shouting distance of the Brewers in the Central. It’s early, but both teams could end up in the playoff hunt despite their slow starts.