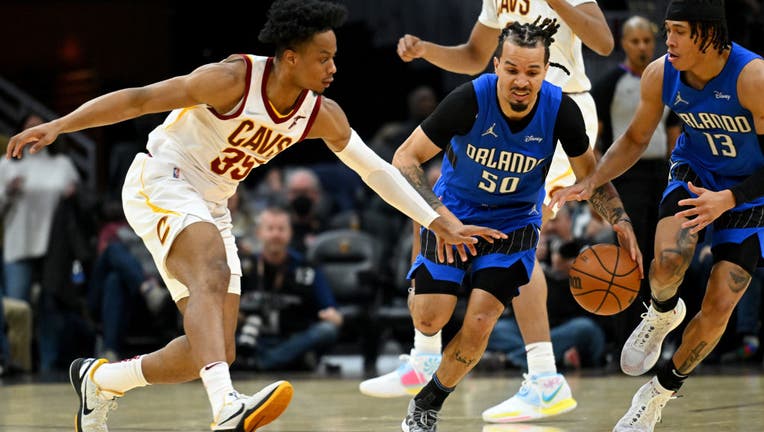 CLEVELAND, OHIO - MARCH 28: Isaac Okoro #35 of the Cleveland Cavaliers tries to make a steal from Cole Anthony #50 and R.J. Hampton #13 of the Orlando Magic during the third quarter at Rocket Mortgage Fieldhouse on March 28, 2022 in Cleveland, Ohio.

Darius Garland had 25 points and 12 assists, leading Cleveland to a 107-101 victory over the Orlando Magic in a game in which the Cavaliers lost rookie big man Evan Mobley to a sprained left ankle.

Mobley, the No. 3 overall pick, landed on the foot of Franz Wagner under the basket. He limped to the locker room and did not return.