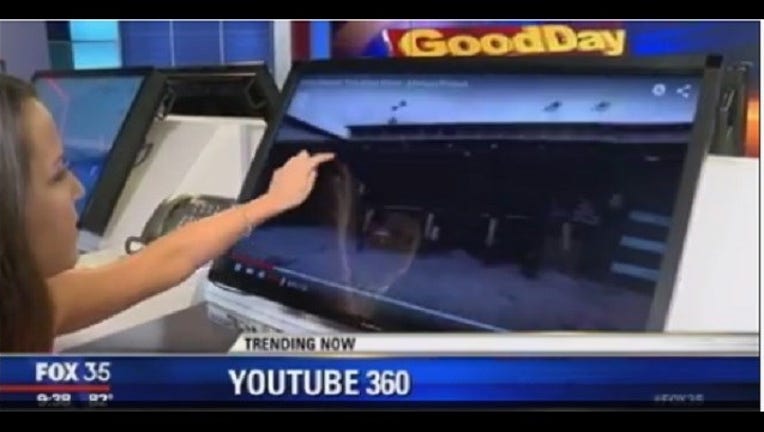 reality, promising to add 3-D support for videos that play back in its 360-degree format.

Thursday's announcement comes a day after the debut of the first online 360-degree ad, a commercial for Bud Light

Right now, viewers using the mobile YouTube app or Google's Chrome browser can pan around in any direction in the 360-degree videos. They're shot using special camera rigs that look in many directions, and software stitches together all the video.

for 3-D means wearers of headsets like Oculus Rift, Samsung Gear VR or Google Cardboard can see images in three dimensions as they swivel around to change their view. YouTube also said it would provide special camera rigs that support the format at its studios around the world, including at two locations opening in the next year in Toronto and Mumbai.

Susan Wojcicki announced the push during VidCon, an annual convention for fans and creators of online video at the Anaheim Convention Center.

"We've seen big name artists like Avicii and Bjork do some breakthrough things with 3-D video, but we want to empower all of you to chart this new frontier," she said.

of YouTube's mobile app that allows fans to be notified when creators they follow post new videos. It also adds editing tools for filters and music within the app. The redesign is available for Android devices right away, with support for Apple devices coming soon.