SARASOTA, Fla. - A Sarasota police officer's body camera recorded as a Republican congressional candidate insulted her and threatened her job during a traffic stop. Martin Hyde now says his actions were "belligerent and rude" and has issued an apology.

It started with a traffic stop for speeding. On body camera video, the officer could be heard telling Hyde he was going 57 in a 40-mile-per-hour zone, and she could see him texting or looking at his phone.

But within seconds of being pulled over, Hyde made sure the officer knew who he was and proceeded to insult her, threaten her job, and eventually made her call in a supervisor.

It started with a traffic stop for speeding. On body camera video, the officer could be heard telling Martin Hyde he was going 57 in a 40-mile-per-hour zone, and she could see him texting or looking at his phone. He started by asking "do you know who I am?"

Later, the officer asked for Hyde’s license and registration, to which Hyde asked "are you going to do this?

But it was after that when things took another turn. 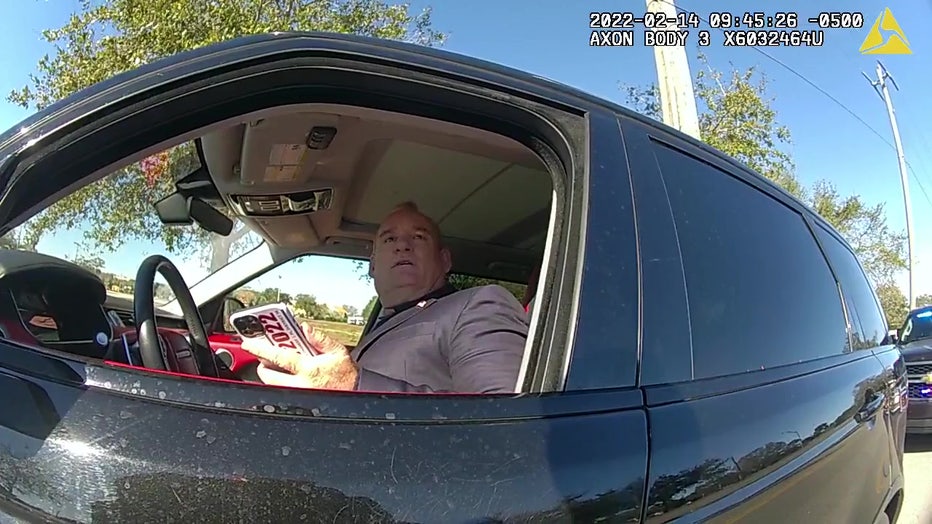 Hyde asked the officer, "Is it your Russian immigration status that makes you talk to people like this?" adding, "call the supervisor."

As they waited for her supervisor to arrive, Hyde mentioned that he knows the chief of police, the mayor, and the city administrator, and then let her know he's running for office.

"You’re talking to a congressional candidate like this," Hyde said, holding up his cell phone which has a case printed with "Hyde 2022." 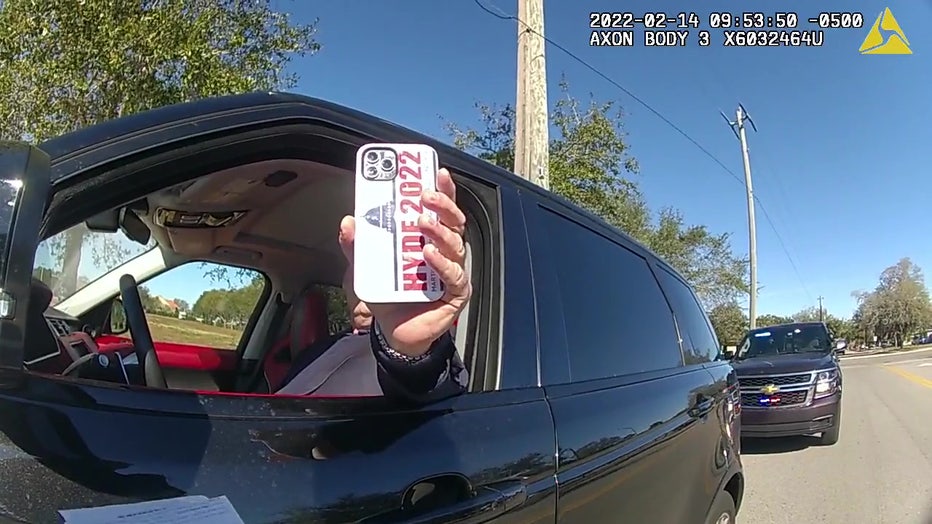 Instead of accepting three tickets for speeding, texting, and not displaying his registration – he threatened to take her job.

"She was in a big power trip. Guess what? She’s been there seven years. She won’t make eight. I’ll make sure of it. I’ll get going on it," Hyde said.

Nearly 10 days later, Hyde told FOX 13 he is not proud of his actions.

"At the end of the day, we have a choice, and I made a bad one, and I’m kind of paying the price for that. I don’t look too good today," Hyde said.

Hyde is well known, in politics, for being aggressive and not backing down.

He said he supports all law enforcement, including his son, who is a sheriff’s deputy.

"I called her to apologize. I was sorry then. I’m sorry now. Not because I got caught, but because we should all know better," Hyde said.

Sarasota police say they back their officer, and she did everything by the book.

Just over a week ago I was stopped in Sarasota for speeding. During the stop I was belligerent and rude to the officer who stopped me. Much interest has been shown in local media and many comments made as to my behavior. I'm not going to justify my poor temper on that day or attempt to mitigate it in any way. There will be some who will say it's not the first time I've acted out and they'd be right. I have faults and one of them is to be overly aggressive on occasion when I'm challenged. In the political arena that is possibly a good thing but on a personal level it's not. I've apologized to the officer in question, and now I'm apologizing to the community as a whole. I'm going to do my utmost to behave better going forward. I'm not running away though as that's not in my nature. There is nothing more I can say, or will say on this subject other than I'm sorry for any offence caused to anyone.  Martin Hyde