You can now be ticketed for texting and driving

The action is now a primary offense and officers can ticket you for it.

ORLANDO, Fla. - Starting Jan. 1, you can get an expensive ticket if you are caught texting and driving.

The new statewide texting and driving law took effect in July. It makes texting behind the wheel a primary violation. Kim Montes of the Florida Highway Patrol (FHP) says that means that "if an officer looks over and sees you typing in that device, they can stop you for no other reason than that." In previous years, it was just a secondary offense, meaning motorists could only be cited for texting if they were stopped for other reasons, such as speeding.

In addition to making texting and driving illegal, the new law also bars motorists from talking on cell phones in school and work zones, unless the motorists use “hands-free” electronic devices.

MORE NEWS: Soldier home for the holidays and his 1-year-old son killed in head-on collision

Since the law partially took effect in July, FHP says that they have stopped 1,807 drivers, issued 949 warnings, and gave 50 tickets for egregious drivers. So, in most cases, officers were handing out warnings. But starting Wednesday, drivers will have to pay up if caught texting behind the wheel.

“There’s going to always be education going on, however now it’s going to be enforcement time,” Lt. Derrick Rahming, FHP, said. “We never want anyone to learn the hard way, so we gave everyone six months to learn about this law. But, now come Jan. 1, it’s a primary offense and we are going to start issuing citations.” 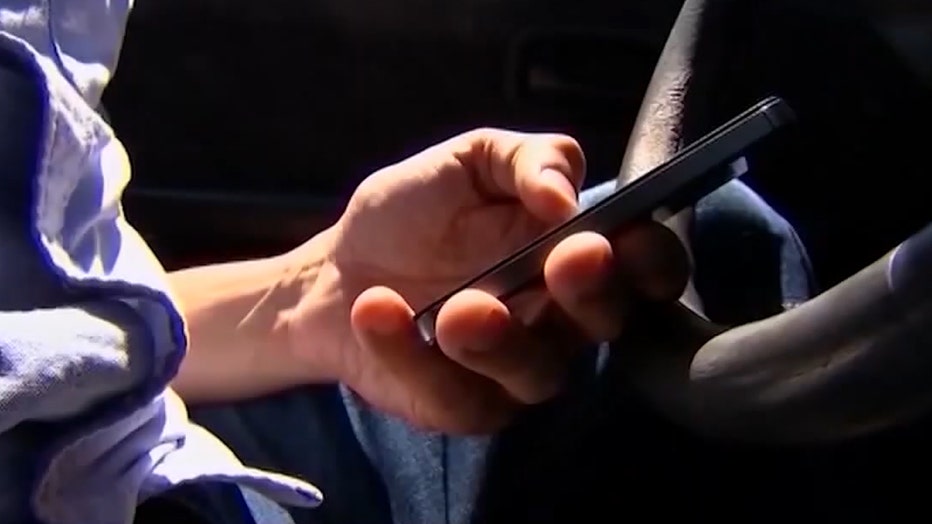 Texting while driving and even holding your phone in a school or construction zone is going to cost you anywhere between $30 to over $100. Tickets issued for a first offense carry a $30 fine plus court costs, which could reach $108.16. The fine jumps to $60 --- $158.18 with court costs --- for a second violation within five years.

MORE NEWS: Orlando ranked as No. 1 city in Florida for most aggressive drivers

Montes told FOX 35 News that the new law is all about keeping people safe and alive, stating that "we have actually had crashes where the people are deceased and the phone is still in their hand.

Officers will be out in full force looking for people breaking the law starting January 1st.

Several other laws go into effect on January 1 as well. These include: