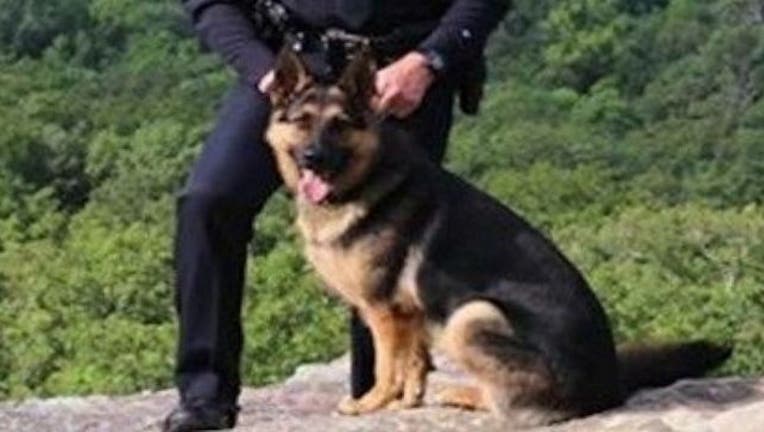 (FoxNews.com) - A police dog that ran away after being wounded during a shooting that killed an Arkansas deputy was found alive and was recovering on Saturday, the Greenwood Police Department announced.

Police spokeswoman Kristin Faulkenberry told reporters the dog, named Kina, "was up and walking" when searchers found the animal Friday morning near where the shooting unfolded near Hackett, about 115 miles west of Little Rock.

Police said the dog had two gunshot wounds and was taken to a veterinarian, but appeared to be recovering.