The ICON Park Slingshot and the ICON Park Drop Tower are described as "world-record setting" attractions.

The ICON Park Slingshot will reportedly stand at 300 feet, making it the world’s tallest slingshot. It features two towers and will launch two riders out of an "exploding volcano," approximately 450 feet straight up into the sky, reaching speeds of up to 100 mph along the way.

Located right next to it, the ICON Park Drop Tower will stand at 430 feet, making it the world’s tallest free-standing drop tower. 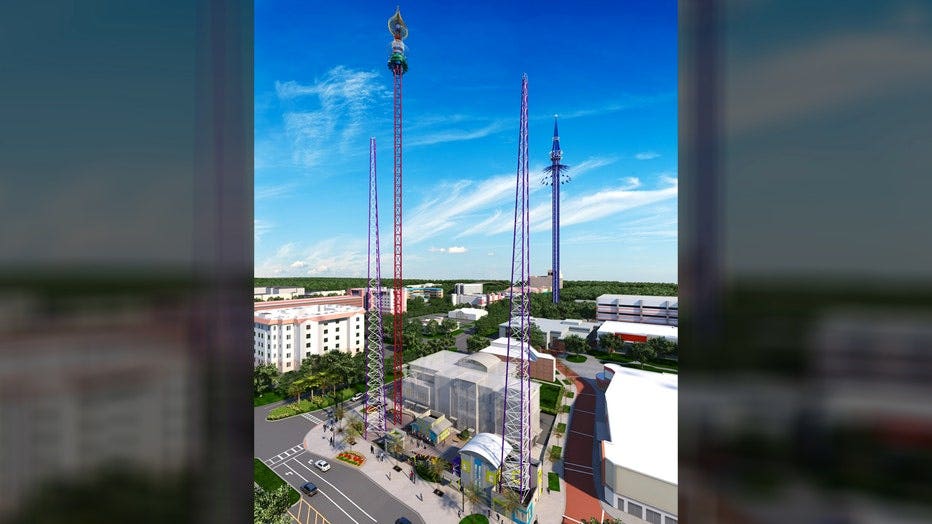 Developer Ritchie Armstrong previously told FOX 35 that the riders will rotate as they travel up the tower and when they get to the top, "we’re gonna tilt them forward about 30 degrees, hold them there while they take it all in, and then we’re going to drop them at about 75 miles per hour back down to the ground."

The Slingshot Group of Companies broke ground on the thrill rides in May 2021 at ICON Park. 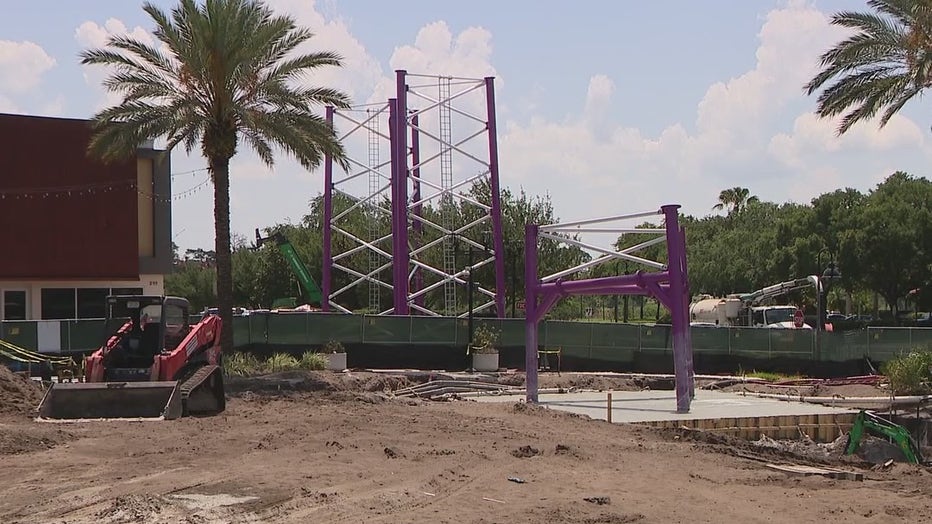 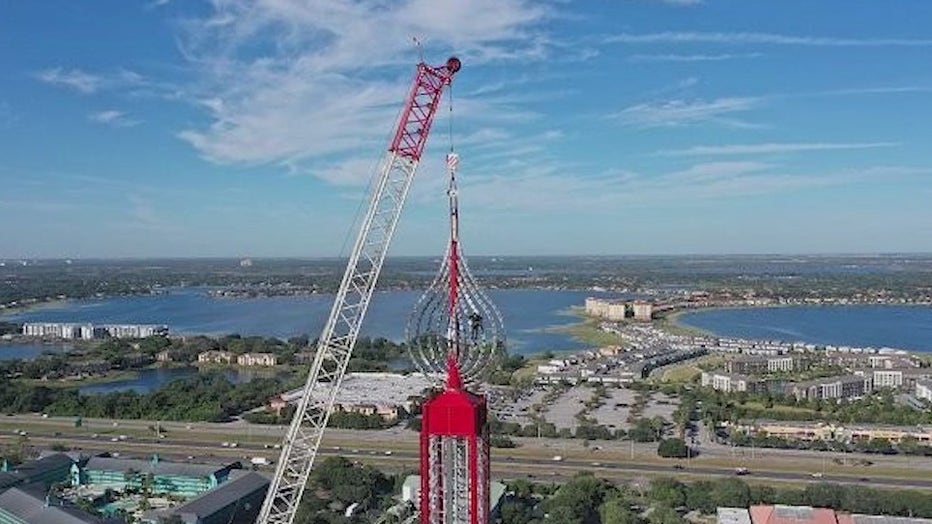 The two new thrill rides join two already popular attractions at ICON Park: the Orlando Starflyer and the Wheel at ICON Park. Both are said to stand at 400-ft tall.