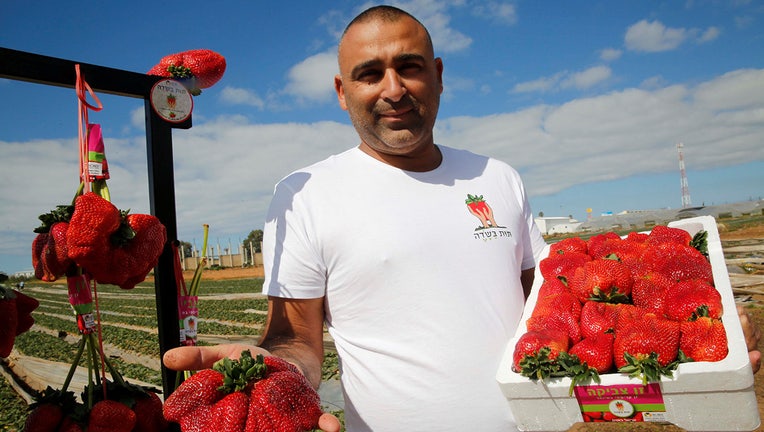 Israeli agriculturist Tzachi Ariel shows the now-world record strawberry, in the Kadima village near the Israeli city of Netanya on Feb. 15, 2021. (Photo by Gil Cohen Magen/Xinhua via Getty Images)

KADIMA-ZORAN, Israel - After a year-long jam, a mammoth Israeli strawberry is entering the record books.

Weighing a whopping 289 grams (10.19 ounces – more than half a pound), the titanic berry this week was declared the world's largest by Guinness World Records.

The strawberry was picked on Chahi Ariel's family farm near the city of Netanya in central Israel in February 2021. But only this week, Guinness confirmed it as the heaviest on record.

"We waited for a year for the results," Ariel said. "We kept it in the freezer for a year. It’s no longer as pretty as it was." 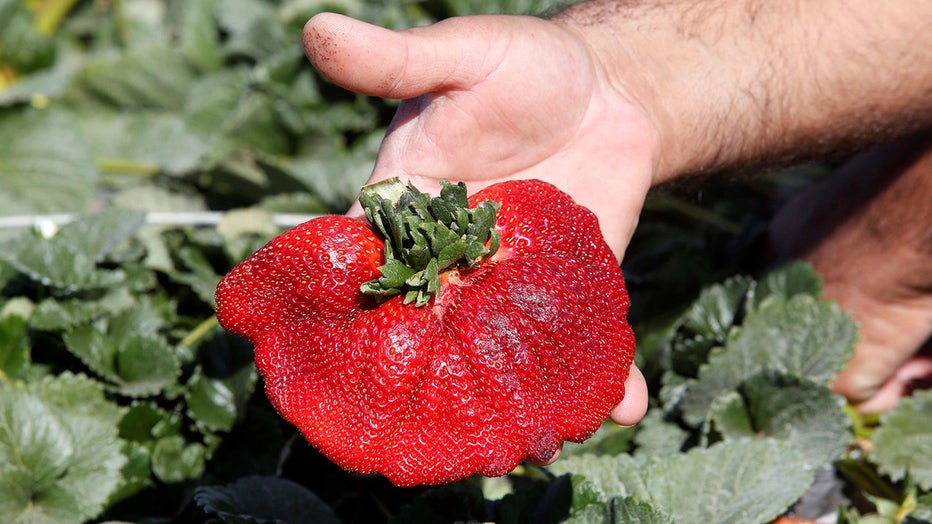 The record strawberry, seen in the Kadima village near the central Israeli city of Netanya on Feb. 15, 2021. (Photo by Gil Cohen Magen/Xinhua via Getty Images)

The supersized strawberry is a local variety called Ilan that tends to grow to a hefty size. Ariel said the record-setting specimen has shrunk to about half the size it was a year before.

The previous record-holder for the heaviest strawberry was a Japanese fruit grown in 2015 in Fukuoka that tipped the scales at 250 grams (8.8 ounces).

The wait turned out to be fruitful. Ariel said he jumped up and down in his car, laughing and singing when he got the news. "We are very happy to be in the Guinness World Records," he said.