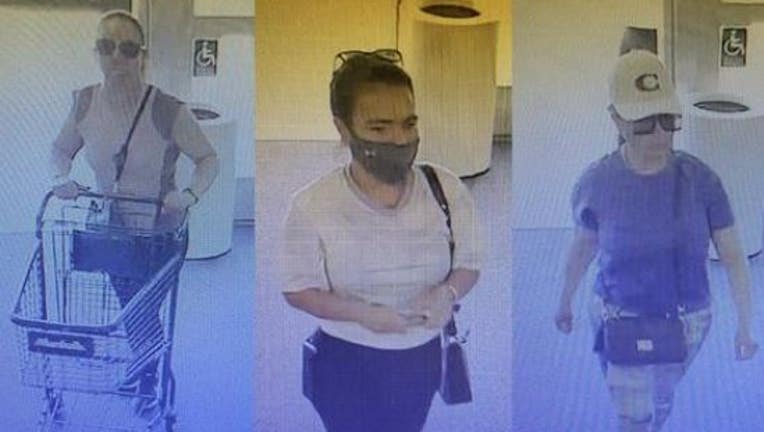 OCALA, Fla. - Police are asking the community for help identifying three women they said are linked to a ‘distraction-style’ theft at a Ross and similar thefts at another Central Florida retail store.

Ocala police say on Aug. 9, the women entered Ross department store, located at 2701 SW College Rd., and worked together to distract a victim, and stole their wallet. The wallet contained about $2,500 in cash.

On the same day, the women were also seen entering a Marshalls department store at 4414 SW College Rd. and distracted two other victims, stealing about $90 in cash.

If you know who the women are, you are asked to call Detective Blanton at 352-369-7000 or you can remain anonymous by dialing **TIPS.

Back in June, a similar crime took place at grocery stores in Central Florida, including Publix. In that case, two women were seen in camera distracting an 80-year-old shopper while another reached into her purse and stole her wallet.

The sheriff's office took the opportunity on social media to remind people to always remain vigilant while shopping and said it's better to keep your wallet or purse on you.

"Remember to always be on the lookout for similar criminal behavior when you’re shopping. Never leave your wallet or purse unattended -- criminals often prey on people they can distract and steal from," VSO said in a statement.