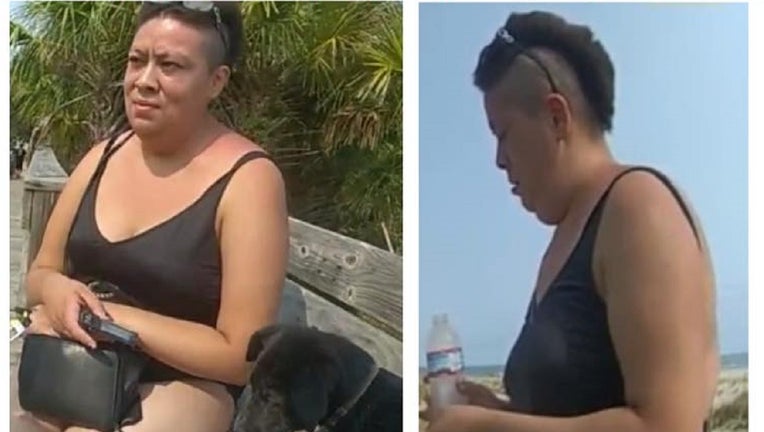 TYBEE ISLAND, Ga. - A woman with ties to metro Atlanta who was wanted for throwing an injured puppy into the ocean along the Georgia coast has been arrested, police said.

Candy Selena Maban was arrested Tuesday by the Tybee Police Department for aggravated cruelty to animals.

"The original call was that she was throwing the dog into the water," Tybee Island police Lt. Emory Randolph told The Associated Press on Tuesday. "Some witnesses were very upset about that."

Police said it happened Sunday, Sept. 12 around 3 p.m. in the area of South Beach. Police said officers found the puppy curled up in the sand on the beach and nursing an apparent injury.

"I believe when the officers got there on scene, he was laying in the sand and covered in sand," Randolph said. "He just laid there in a ball."

Marban told police the dog had been injured the week before in an accident and she didn’t have the money to pay for medical treatment. One of the dog's legs was injured, police said.

"There was no attempt to obtain professional medical treatment," he said.

Maban was cited for cruelty to animals and the puppy was taken into protective custody.

Police said they took the puppy to an emergency veterinary clinic in Savannah. There, a veterinarian revealed the full extent of the puppy’s injuries were too great and they were forced to put the puppy down, police said.

On Monday, a warrant with the upgraded charges of felony aggravated cruelty to animals was issued and police released a wanted poster for Maban.

Marban, who police said had ties to the Gainesville area, was located and placed under arrest on Tuesday.

The Tybee Island Police Department on its Facebook page thanked all those who said the wanted poster and submitted tips to help them locate her.