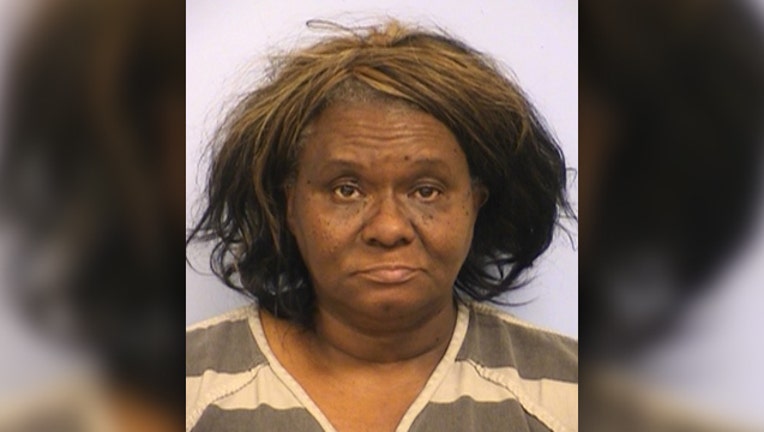 According to court paperwork, the woman's brother called police, Sunday, September 27th and told them his sister became enraged after finding out someone had eaten her ribs.

The bother explained to Banks he didn't know they belonged to her. However, the apology was not enough for Banks and she pushed him. In true brother-sister fashion he pushed her right back; that is when the barbecue debacle got out of control.

Officials say, Banks went into the kitchen; grabbed a 10-inch butcher knife; held it over her head; and screamed out she was going to kill her sibling.

At this point, the man fled the house and called 911 for help. When officers arrived to the house on the 100 block of Hergotz they heard contradicting tales from the pair.

Police say the suspect changed her story several times, even trying to blame the incident on her brother.

Austin Police say they responded to a similar incident involving Banks and a family member back in June. Eventually after learning about her criminal past and finding the knife police decided to put the sister in time out at the Travis County Jail. She was arrested Aggravated Assault, a second degree felony.

The affidavit does not state where the bbq came from.