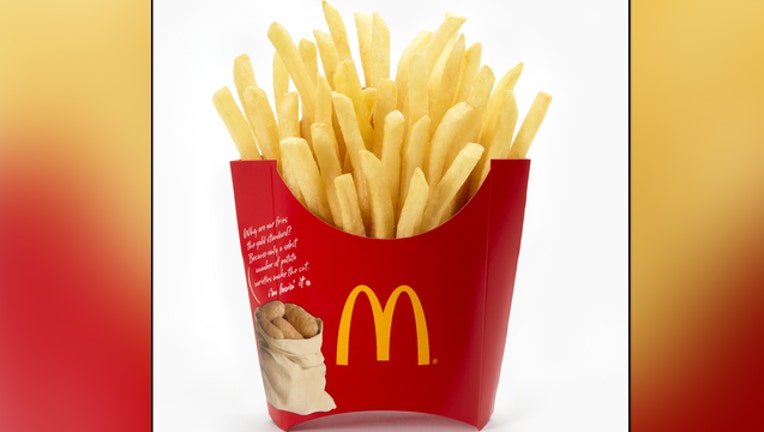 FOX NEWS - Nobody likes having to wait a long time for their food, but one woman at a McDonald’s in Detroit took things way too far.

According to reports, a woman in a wheelchair fired a Taser at an employee while waiting for her food. Fortunately, she missed the employee and the prongs struck a nearby wall instead.

The incident occurred around 5 in the evening, The Detroit News reports. Police officers arrived on the scene, responding to reports of “shots fired.” When they arrived, the woman reportedly became angry with them and refused help.

Police Chief Anthony Holt told The Detroit News that woman admitted to officers that she used the stun gun, and claimed that her food had taken too long to come out and that the cashier had been rude to her. She was then taken into custody for a brief period of time and removed from the restaurant. Authorities also confiscated the taser, Fox 8 reports.

Authorities are still reviewing the incident and determining if the woman will be charged. If so, she could be facing charges of aggravated assault.

This isn’t the first time that a McDonald’s employee has had their safety endangered by a customer. Recently, a young woman working the drive-thru at a McDonald’s in Melbourne was sprayed in the face with a fire extinguisher. The suspects had reportedly gotten into an argument with her about the price of a cheeseburger. They briefly left, before returning and using the fire extinguisher.

She reportedly didn’t receive any injuries from the incident, although she was taken to a nearby hospital for treatment. She claimed that nurses told her she was lucky and that she could have been blinded.