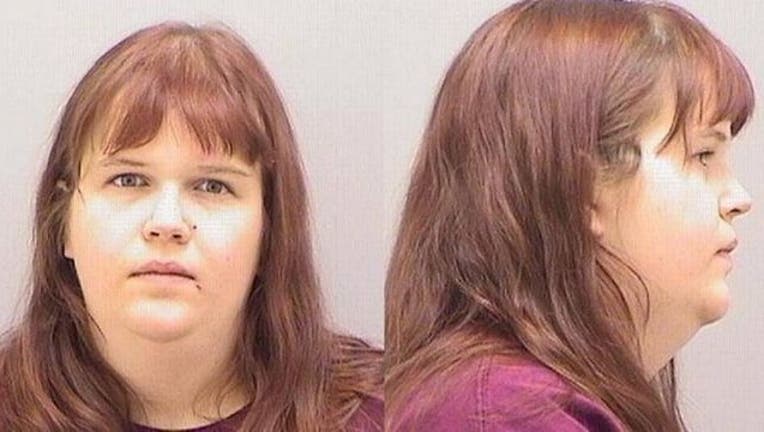 Camille Wasinger-Konrad is accused of throwing her baby's body onto her neighbor's porch in January. (Douglas County Sheriff’s Office)

FOX NEWS - A Colorado woman who allegedly killed her newborn baby and tossed it onto her neighbor's deck in January was charged with murder Tuesday.

Camille Wasinger-Konrad, 23, appeared at a preliminary hearing and said she didn’t know she was pregnant until giving birth the morning of Jan. 2, according to FOX31 Denver. It later emerged, however, that Wasinger-Konrad had asked for a new work schedule due to the pregnancy, a co-worker told detectives.

Jeanette Barich was the first to call police after discovering the dead baby on her backyard porch in Castle Rock.

Detectives arrived at the scene and discovered Wasinger-Konrad in the neighboring home, which she had been renting from a family for about four months. Wasinger-Konrad was sitting in the upstairs bedroom and agreed to talk to Douglas County Det. Adam Moorman, but said she didn’t know what he was investigating, according to FOX31 Denver.

When asked if her DNA matched the dead baby found next door, Wasinger-Konrad responded, “Well the thing is I don’t want to get in trouble.”

Wasinger-Konrad told the detective she woke up that morning with stomach cramps and “the baby just came out.” She said once the baby was born, she covered the newborn’s mouth to prevent the landlord’s family from hearing the infant’s cries. The family was asleep inside the home at the time.

The woman then sat on the deck with the baby in a blanket for about 10 minutes before tossing the body over the neighbor’s 9-foot fence, police said.

“I just got rid of it,” Wasinger-Konrad told the detective.