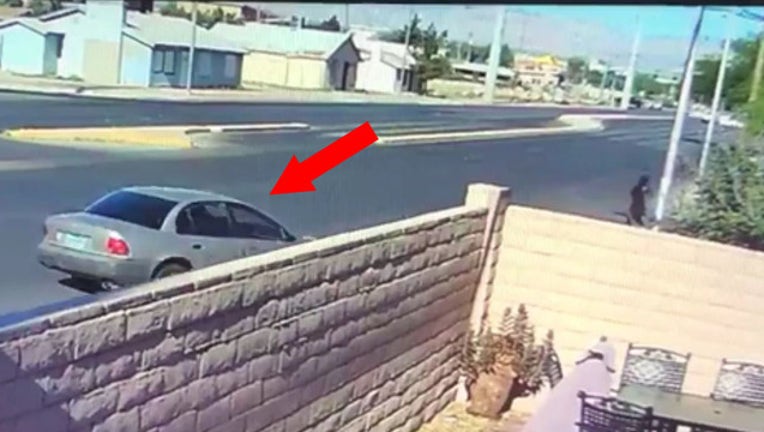 NORTH LAS VEGAS, Nev. (FOX 13) - A woman was critically injured and her dog was killed after both were struck by an out-of-control car Sunday morning in North Las Vegas, police said.

The 32-year-old victim, who has not been identified, was taken to University Medical Center, reports KVVU. Police told the Las Vegas-area news station that she is in critical condition and her dog died following the crash. The hit-and-run collision occurred 10 a.m. at West Carey Avenue and Lexington Street.

North Las Vegas police released surveillance video showing the woman walking her dog on the sidewalk. The suspect vehicle, a gold Saturn four-door sedan, is seen veering off the roadway and crashing into her. The vehicle is seen nearly striking another vehicle before driving away.

KVVU reports police said the woman has head and spinal injuries. The dog died at the crash scene. The vehicle fled southbound on Lexington Street and could have front and side damage. Police said the airbag deployed on the passenger side.

The full surveillance video can be viewed below. Warning: Some may find the footage disturbing.