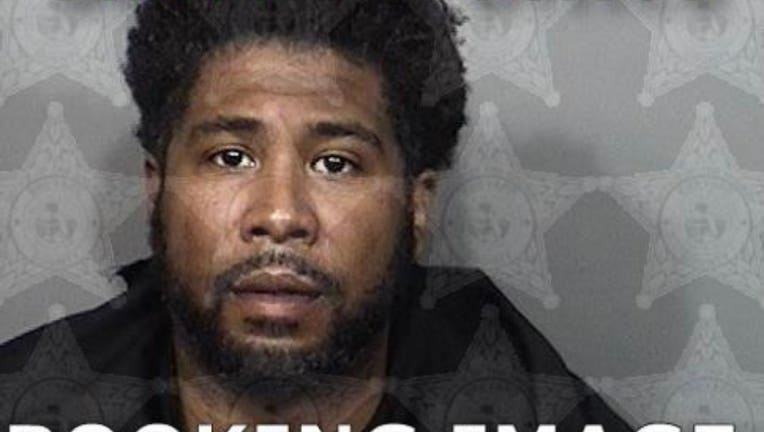 ORLANDO, Fla. - An East Orlando man faces murder charges after a woman was found with her chest cut open, hands cut off and her foot nailed to the floor.

It’s like something out of a horror movie, and it all went down at an apartment complex in East Orlando.

Orange County deputies say a woman was found with her foot nailed to the floor, her chest cut open and her hands cut off.

"It’s such gruesome details [that] I can’t even begin to wrap my head around it."

Hazel Science says she heard screaming coming from the unit on Thursday.

Science says the victim was his girlfriend.

According to investigators, neighbors originally called 911 on Tuesday, saying Creese tried to choke a different woman in the parking lot, telling her, "I’m going to get the devil out of you."

Science said, "He called me a demon worshipper, too, so it could have been easily me."

He was later seen walking around naked looking into vehicles, according to officials.

Science said she took video of him.

"He is naked and taking my patio chair off and putting it onto another patio," she said.

Deputies were able to locate Creese. They say he fought with them, but they were able to cuff him and later discovered the victim.

Science said the couple has lived there for over a year.

"She was a personal trainer. He was into sports betting. Super cool people. Always friendly."

But she says lately something didn’t seem right. She says she called authorities about Creese in the past.

"They loved each other. Had someone intervened, he could have gotten mental help," Science said.

According to investigators, the suspect was living at Advenir Apartments without authorization, so when they came here prior to the murder, there was no way to identify him.

Creese is facing a charge of first-degree murder.