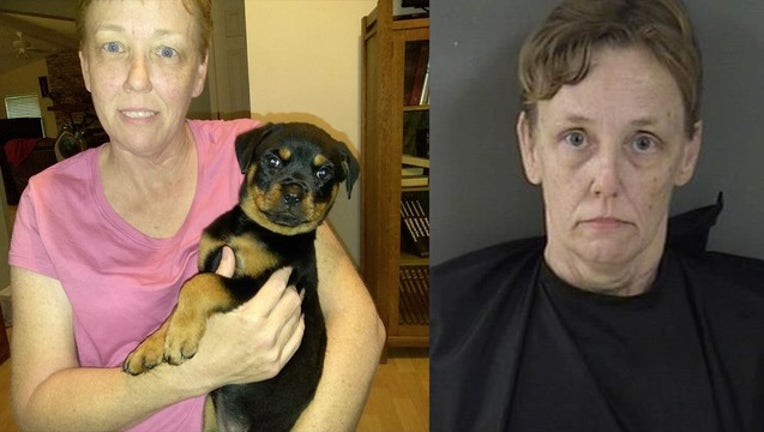 VERO BEACH, Fla. (FOX 35 WOFL) - The Indian River County Sheriff's Office reports that a woman was arrested after they discovered one of the worst animal cruelty cases the sheriff's office has ever seen.

They say that their deputies responded to a home on 6th Avenue in Vero Beach for a welfare check. The caller reported not seeing the homeowner for several days, with a pungent odor emitting from the home and insects gathering on the inside of the windows.

Deputies say that through the rear window, they observed a small whippet breed dog loose in the home as well as a rottweiler in a crate in advance stages of decomposition. They eventually reached the homeowner, 49-year-old Terri Redstone, and requested she return to the residence.

After Redstone was read her Miranda rights, deputies say that she admitted to not feeding or caring for the rottweiler for more than two weeks. Deputies noted several bags of dog food around the home and that Redstone had intentionally neglected the dog in the crate.

Crime scene detectives said that based on the decomposition and insect activity, they estimated that the rottweiler had been dead for three to four weeks. Detectives and deputies were forced to use respiratory protection while entering the home noting the deplorable living conditions inside of the home.

Redstone was arrested and charged with two felony counts of cruelty to animals. She was released on a $5,000 bond.

Indian River County Sheriff Deryl Loar stated, "This is one of the worst animal cruelty cases we have seen. She intentionally neglected this one year old rottweiler, leaving it in the crate for several weeks to die. No animal should have to suffer such a death." The whippet was removed from the home by animal control.