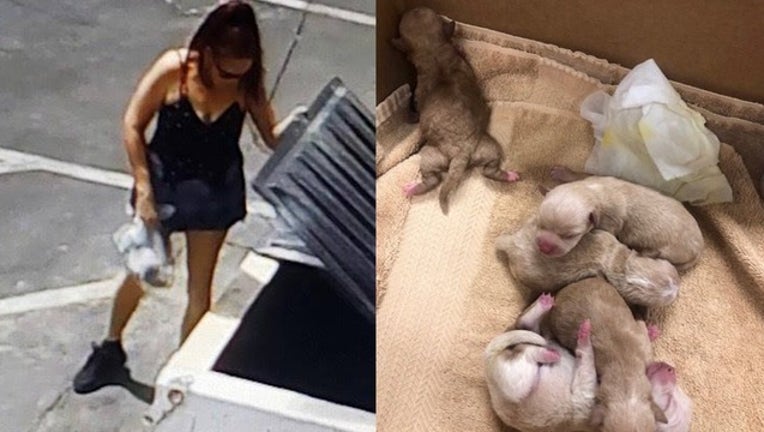 FOX NEWS - The woman allegedly caught on camera dumping a bag of puppies next to a recycling bin in Coachella, California, was arrested Monday.

Security cameras seemingly caught Culwell on Thursday afternoon driving up behind a store and getting out with a plastic bag.

The woman then was seen walking toward the bin and dropping the clear, plastic bag nearby before driving away.

Around an hour later, a man named John who was rummaging through the trash discovered puppies still alive, officials said.

Culwell allegedly dumped seven puppies. All were 3 days old and believed to be terrier mixes. Officials said had it not been for John's actions, the puppies may not have survived much longer since temperatures in Coachella on Thursday were in the mid-90s.

John Welsh, of Riverside County Animal Services, told Fox News that around 30 dogs were found at Culwell's home on Monday.

The seven puppies Culwell was accused of dumping were doing well in the care of a foster volunteer, Welsh said.