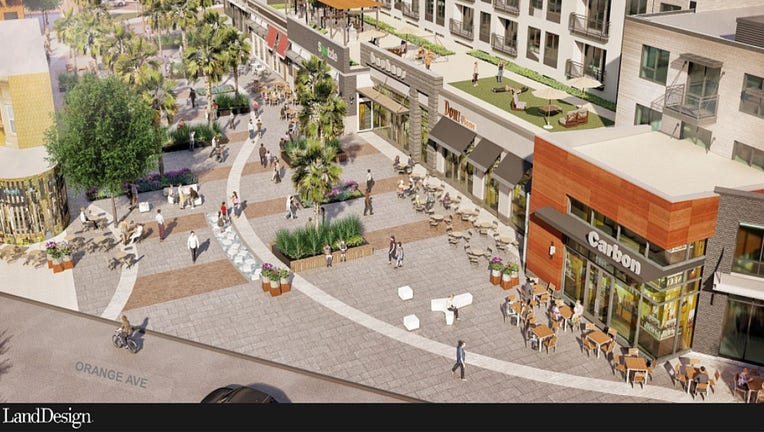 Hypothetical rendering, looking west from Orange Ave. at Holt Ave., in which a block of Holt Ave. is converted into a pedestrian mall.

LAKE MARY, Fla. - The City of Winter Park invited the public to sound off on a controversial plan to redesign several blocks of Orange Ave. just east of Orlando Ave.

The Orange Avenue Overlay project is designed to improve walkability and parking along one of the city's busiest roads.  At the same time, it will serve as a gateway entrance to the downtown area.

New renderings were released during a virtual public hearing on Monday, showing a hotel, retail shops, and park space. 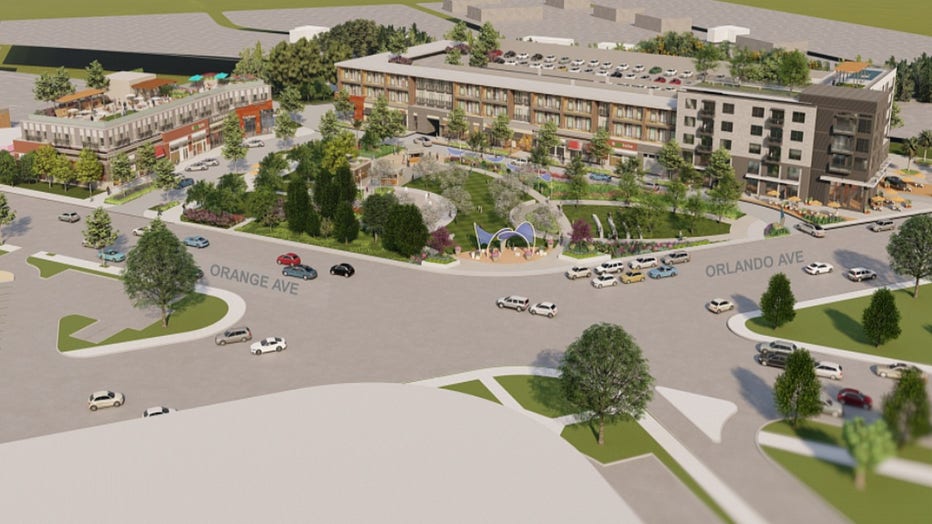 Gateway park on the southeast corner of the intersection of Orange Ave. and Orlando Ave. 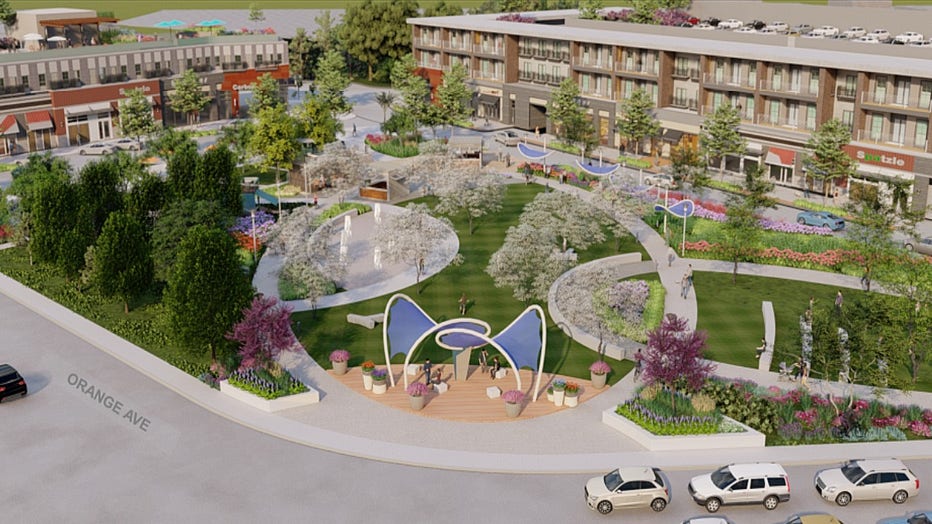 Gateway park on the southeast corner of the intersection of Orange Ave. and Orlando Ave.

More images for the plan can be found on the city’s website.