Rydell died of complications from pneumonia at a hospital in a suburb of his hometown of Philadelphia, according to a statement posted by his marketing and event coordinator Maria Novey.

Bobby Rydell, a Philadelphia music icon known for his Jersey shore anthem 'Wildwood Days,' died at the age of 79.

Rydell, who credited a 2012 kidney and liver transplant with extending his life, was 79.

Along with James Darren, Fabian and Frankie Avalon, Rydell was among a wave of wholesome teen idols who emerged after Elvis Presley and before the rise of the Beatles.

Between 1959 and 1964, he had nearly three dozen Top 40 singles including "Wild One," "Volare," "Wildwood Days," "The Cha-Cha-Cha" and "Forget Him," a song of consolation for a bereft girl that helped inspire the Beatles’ classic "She Loves You."

He had recurring roles on "The Red Skelton Show" and other television programs, and 1963's "Bye Bye Birdie" was rewritten to give Rydell a major part as the boyfriend of Ann-Margret. He didn’t want to move to Hollywood, however, and "Birdie" became his only significant movie role — though the high school in the hit ’70s musical "Grease" was named for him. 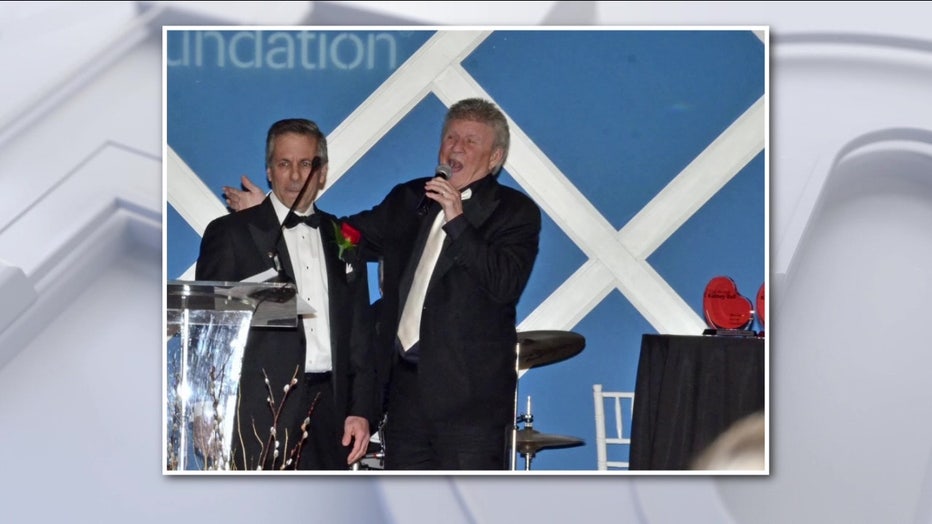 Rydell never strayed far from his Philadelphia roots, living in the area for most of his life. The block of 11th Street where he grew up was christened Bobby Rydell Boulevard by his hometown in 1995.

"I never thought of myself as a celebrity," he told The Philadelphia Inquirer in 2003. "I was just a guy who went out there and worked."

He was born Robert Ridarelli in a South Philadelphia neighborhood that would also produce teen idols Darren, Fabian and Avalon. They knew each other as children — Rydell played drums with Avalon on trumpet in a group called Rocco and the Saints.

Before he graced the covers of teen magazines and movie screens, Rydell made his bones as a youngster in Philadelphia clubs.

He made his performance debut as a 7-year-old drummer, not a singer. His first drum kit was a gift from his father, Al Ridarelli, who inspired his son’s choice of instrument by taking him to see Gene Krupa perform.

At age 9, he debuted on an amateur television show and became its regular drummer for three years. 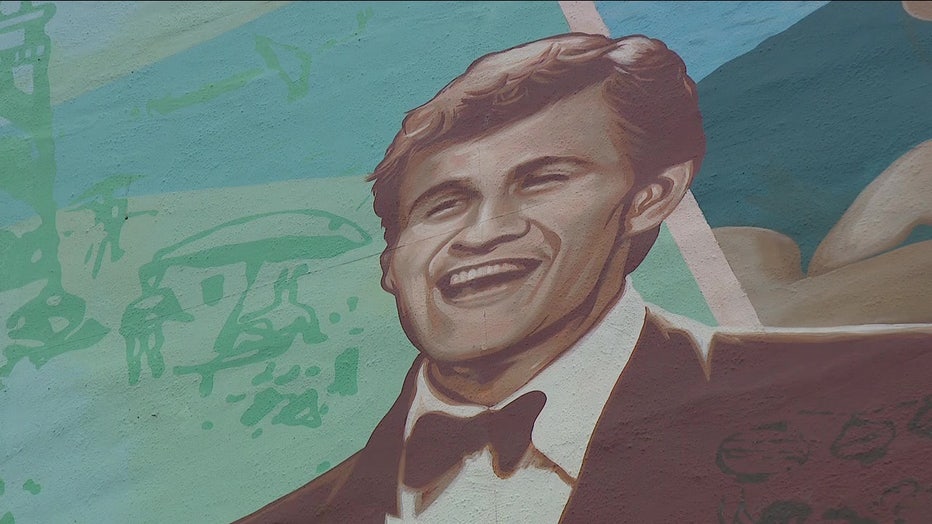 Bobby Rydell is included in a Philadelphia mural of popular singers.

Rydell got his big break in 1959 on "American Bandstand," which originally was broadcast from Philadelphia. His first hit, "Kissing Time," quickly followed, and the skinny 17-year-old with a pompadour haircut rocketed to stardom. Rydell and his fellow Philadelphia performers were ideal for "Bandstand" host Dick Clark, who sought to make rock n’ roll palatable to young and old. He also made live appearances nationwide on a tour organized by Clark.

Changing musical tastes ushered in by the Beatles and the rest of the British Invasion defused the hit-making careers of Rydell and his compatriots, and he continued performing and recording music with limited success in the late 1960s and 1970s. But in 1985, he joined his old friends Avalon and Fabian for what they thought would be a few appearances. They dubbed themselves "The Golden Boys of Bandstand," and the shows were so successful that the trio ended up touring for three years and performing 300 shows nationwide.

"We weren’t out to prove anything. We just said to ourselves, ‘Here are three Italian kids from South Philadelphia, born and raised within two blocks of each other. Let’s go out there and have fun,’" Rydell told The Atlantic City Weekly in 2006. "That hasn’t changed. I think people see that attitude coming from the stage. It’s a fun show to watch — that’s what’s made it so successful. We have a great time doing it."

He is survived by his second wife, Linda Hoffman, whom he married in 2009, along with son Robert Ridarelli, daughter Jennifer Dulin, and five grandchildren.