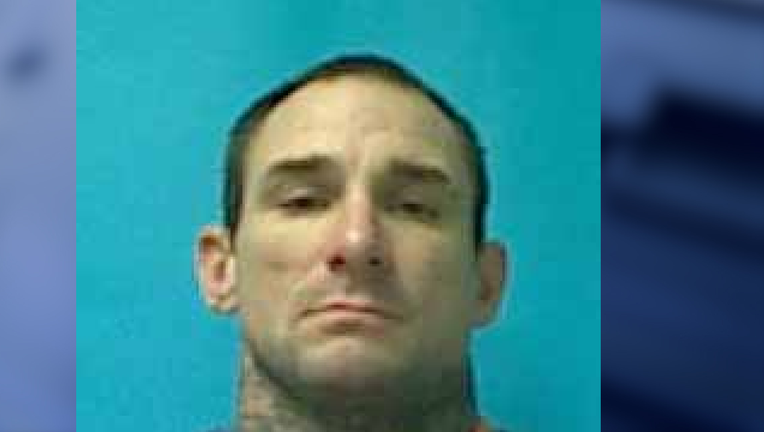 BREVARD COUNTY, Fla. - Authorities identified the person shot and killed by deputies late Saturday who allegedly abducted two women at gunpoint and held them hostage in his vehicle, and led deputies on a multi-county pursuit while also shooting at them.

Both women – a 41-year-old and a 33-year-old – were rescued and treated at the hospital late Saturday. The 41-year-old was shot and remains in serious condition at the hospital, though expected to survive, and the second woman has been released.

The suspect was identified as Curtis Kimbrough, 42, of Cocoa Beach.

The Brevard County Sheriff's Office said Kimbrough was recently released from the Florida Department of Corrections after serving a five-year sentence for trafficking methamphetamine and possession of a firearm by a convicted felon. According to the Florida Department of Corrections' website, those crimes were committed in Brevard County. He was released in December 2021.

Kimbrough also had a lengthy felony record dating back nearly 22 years ago. In May of 2004, records show he was sentenced to prison for two crimes committed in 2000 and another in 2003. Those offenses were for grand theft in Volusia County and cocaine possession and fleeing from law enforcement in Indian River County.

The investigation on Saturday, which spanned across Osceola, Indian River, and Brevard counties, according to the BCSO, began after Osceola County deputies were called out to Magnolia Court in Okeechobee for a reported shooting. Kimbrough and a woman who had been shot reportedly left that area and a BOLO or a "be on the lookout" was issued to surrounding agencies. In an online news release, the Indian River County Sheriff's Office contacted BCSO around 8 p.m, and said it was in pursuit of a vehicle potentially connected to the kidnapping incident.

Officials said Kimbrough fired multiple rounds at Indian River County deputies. His vehicle crashed in Brevard County near Old Dixie Highway and Foley Lane in Grant, which is about 80 miles southeast of Orlando.

At that point, one of the women was able to run away from the vehicle, authorities said, while Kimbrough exited the vehicle and held the second woman at gunpoint and proceeded to walk into a wooded area nearby. Law enforcement said several agencies followed the two via the air "until a team of officers were able to intercept them." At some point there was an "exchange of gunfire" and the suspect was killed and the second woman was rescued.

It's not yet clear what the relationship, if any, was between the two women and Kimbrough. A motive has also not been released.

Law enforcement was not hurt in the incident. BCSO said their deputies are on paid leave during the investigation which is standard protocol in deputy-involved shootings.