The abortion battle is heating up in Florida after a U.S. Supreme Court ruling gave states the right to regulate the procedure or outlaw it entirely. Some pregnancy centers across the country including at least one in Florida have become targets of crime.

TALLAHASSEE, Fla. - A group of advocates on Monday morning asked a Florida judge to block a new 15-week abortion ban that is set to go into effect on Friday, July 1.

Gov. Ron DeSantis signed the abortion ban into Florida law back in April. The new law does not provide exceptions for pregnancies resulting from rape or incest no matter the age of the female.

An exception would be allowed, however, for instances of a "fatal fetal abnormality," which the law defines as "a terminal condition that, in reasonable medical judgment, regardless of the provision of life-saving medical treatment, is incompatible" with life outside the womb.

Groups like the ACLU, Planned Parenthood, and other health providers say the state constitution guarantees a broad right to medical privacy, which includes the right to abortion. 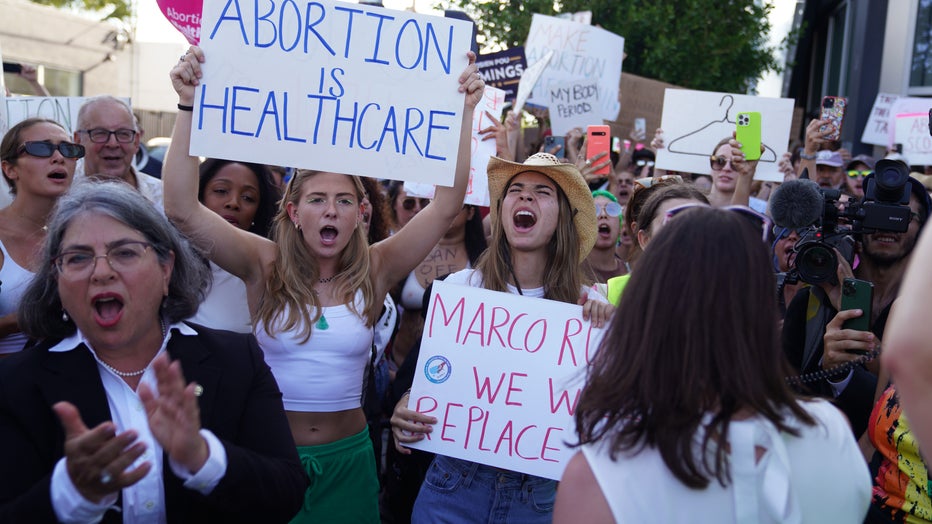 The news Monday comes as the country still reels from last week's Supreme Court decision to overturn the 1973 Roe v Wade case that legalized abortion nationwide, letting the states have the final say. These so-called "trigger laws," restricting or banning abortions, are set to go into effect in at least a dozen states.

In Central Florida, hundreds of people gathered peacefully, calling on everyone to make a difference at the polls in November.

Legal scholars say this is one of the few times in history that the court has struck down an earlier decision establishing a constitutional right.

Several companies like Disney, have already announced plans to cover travel costs for employees that have to leave their home state to get an abortion. The ruling also has also fueled fear among progressives that other rights could be at risk after Justice Clarence Thomas wrote in a concurring opinion that the court should also reconsider its 2015 decision legalizing same-sex marriage.