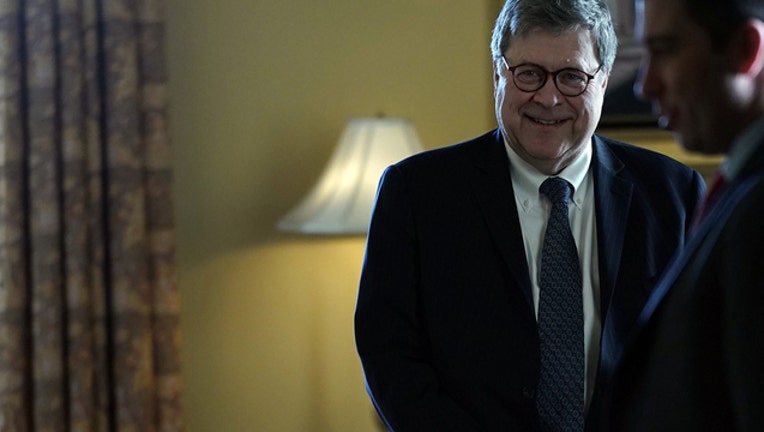 Whitaker's appearance had been thrown into uncertainty after House Democrats threatened to subpoena his testimony about the special counsel's Russia investigation.

Whitaker's testimony has been highly anticipated by Democrats eager to press him on his interactions with President Donald Trump and his oversight of special counsel Robert Mueller's investigation into potential ties between Russia and the Trump campaign.

The panel, led by Democratic Rep. Jerrold Nadler of New York, approved a tentative subpoena to ensure that Whitaker appears Friday and answers questions. Whitaker responded by saying he won't appear unless the committee dropped its subpoena threat, which he derided as an act of "political theater."

On Thursday evening, Nadler said no subpoena would be issued if Whitaker appeared before the committee Friday prepared to answer questions. Later, Nadler tweeted that Whitaker had agreed to show up.

The vote by the committee didn't issue a subpoena but allowed Nadler to do so if Whitaker was uncooperative. Nadler said he hoped not to have to use the subpoena, but "a series of troubling events over the past few months suggest that we should be prepared." Nadler said that as late as last week the committee had received reports that some at the department were counseling Whitaker not to appear.

Whitaker insisted Thursday that that was not the case, saying he had "devoted considerable resources and numerous hours to my preparation" and was looking forward to the hearing. He criticized the committee for prematurely and unnecessarily authorizing a subpoena for him even though he had agreed to appear.

"Such unprecedented action breaches our prior agreement and circumvents the constitutionally required accommodation process," Whitaker said in a statement.

"Based upon today's action, it is apparent that the Committee's true intention is not to discuss the great work of the Department of Justice, but to create a public spectacle. Political theater is not the purpose of an oversight hearing, and I will not allow that to be the case," he added.

Democrats have said they want to talk to Whitaker because he is a close ally of Trump who has criticized Mueller's Russia investigation, which he oversees.

They are calling him to testify even though his time leading the Justice Department is ending, with the Senate expected this month to confirm Trump's nominee for attorney general, William Barr. The Senate Judiciary Committee voted along party lines Thursday to approve Barr's nomination, sending the pick to the full Senate.

Republicans strongly opposed Nadler's resolution to approve a subpoena if necessary. They said it was unnecessary because Whitaker was already appearing voluntarily.

Georgia Rep. Doug Collins, the top Republican on the panel, called the subpoena authorization "political theater" before the vote. Collins said it was "choreographed by the chairman and starring the acting attorney general as some mythological protector of secrets."

After Whitaker's statement, Collins said Nadler had overplayed his hand.

"In a quest to score political points against the president, they authorized a pre-emptive subpoena, treating a voluntary witness as hostile," Collins said.

Boyd laid out an argument for asserting such executive privilege in the letter, saying that administration officials from both parties have declined to answer questions about conversations they have had with the president.

"Rather than conducting appropriate oversight into the department's programs and activities, the committee evidently seeks to ask questions about confidential presidential communications that no attorney general could ever be expected to disclose under the circumstances," Boyd wrote.

Nadler had noted that previous Trump administration officials, including former Attorney General Jeff Sessions, declined to answer questions about conversations with the White House during testimony, saying that the president might want to claim executive privilege on those conversations in the future. Nadler said that is "ridiculous" and administration officials must provide the committee with answers or a better excuse to withhold them.

"Without the threat of a subpoena, I believe it may be difficult to hold Mr. Whitaker to this standard," Nadler said.