CAPE CANAVERAL, Fla. - SpaceX has successfully completed another crewed mission and they have a lot more space exploration planned for the future.

On Sunday, the SpaceX Crew Dragon "Resilience" splashdown in darkness, parachuting into the Gulf of Mexico off the coast of Panama City, Florida, just before 3 a.m., ending the second astronaut flight for the space company.

The astronauts -- Mike Hopkins, Victor Glover, and Shannon Walker of NASA (National Aeronautics and Space Administration) and Soichi Noguchi of JAXA (Japan Aerospace Exploration Agency) -- flew back in the same capsule they launched from in November 2020. The journey back lasted six and a half hours.

RELATED: PHOTOS: SpaceX Crew-1 astronauts back on Earth after splashdown

The SpaceX Crew-1 spent a reported 167 days at the International Space Station (ISS), the longest for a crew capsule launching from the U.S. The previous record of 84 days was set by NASA’s final Skylab station astronauts in 1974.

While in orbit, they conducted several experiments, including growing vegetables in orbit, using microbes to mine minerals, simulating the effects of medicines in space, and looking at how the lack of gravity affects human brain function.

The Crew-1 astronauts actually departed the space station just one week after SpaceX Crew-2 arrived there, leaving a total of seven at the ISS. Once finished with their medical checks, they will head to Houston, Texas for a reunion with their families.

Meanwhile, the Crew Dragon spacecraft they use will head back to Cape Canaveral for refurbishment for SpaceX’s first private crew mission in September. The space station docking mechanism will be removed, and a brand new domed window put in its place. 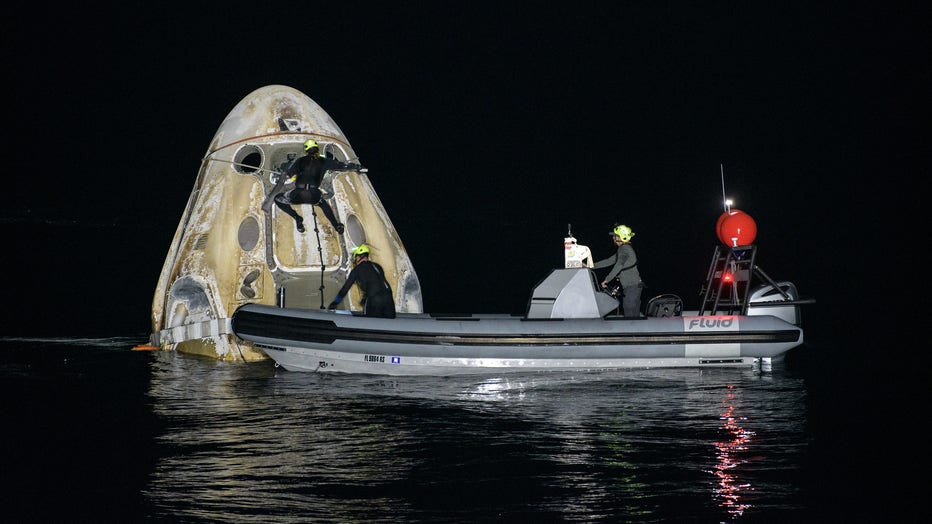 Sunday was a historic day for SpaceX. More will come as the SpaceX Crew-2 mission continues at the ISS, the SpaceX Crew-3 mission and a private flight purchased by a tech billionaire are planned for the fall, and SpaceX has won a contract with NASA to help take astronauts to the moon.

The SpaceX Crew-2 astronauts lifted off from Earth on Friday, April 23rd, embarking on a 24-hour journey to the ISS. They docked by 5:08 a.m. Saturday, marking the first time that two Crew Dragons are attached to the space station.

There are now 11 people onboard the International Space Station after Crew-2 arrived early Saturday morning.

NASA said that they are scheduled to return to Earth just one week after the SpaceX Crew-3 astronauts arrive at the ISS.

Three astronauts for the Crew-3 SpaceX launch have already been selected. They include two NASA astronauts and one astronaut from the European Space Agency (ESA).

NASA astronauts Raja Chari and Tom Marshburn will reportedly serve as commander and pilot while ESA astronaut Matthias Maurer will serve as the mission specialist. A fourth crew member will be announced at a later date. They will spend six months at the ISS as well. 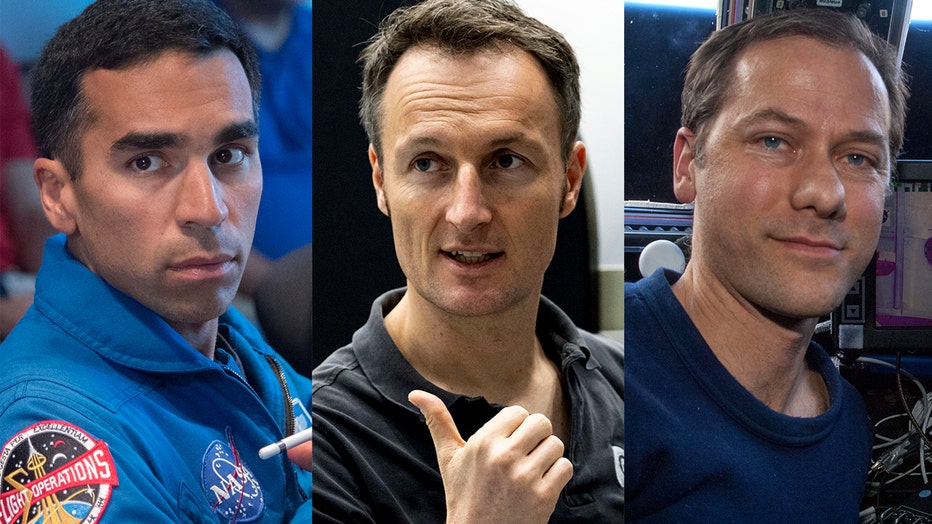 As of now, SpaceX is targeting no earlier than October 23rd for this launch.

A tech billionaire and pilot, Jared Isaacman, has purchased a private three-day flight, which will orbit 75 miles above the space station. He will take with him a pair of contest winners and a physician assistant from St. Jude Children’s Research Hospital, his designated charity for the mission. 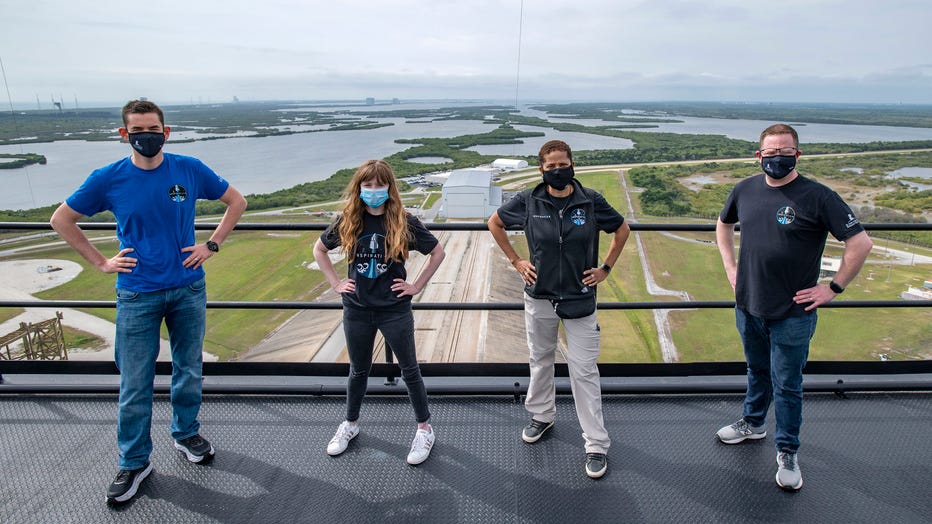 They will ride a SpaceX Dragon capsule into orbit no earlier than mid-September, aiming for an altitude of 335 miles. That’s said to be 75 miles higher than the ISS and on a level with the Hubble Space Telescope.

The mission, called the 'Inspiration4 mission,' will reportedly be SpaceX's first private flight.

SpaceX also has big plans with NASA in the future, as the space company was selected for the development of the first commercial human lander that will carry the next American astronauts to the lunar surface.

This is said to be part of the Artemis Moon program. 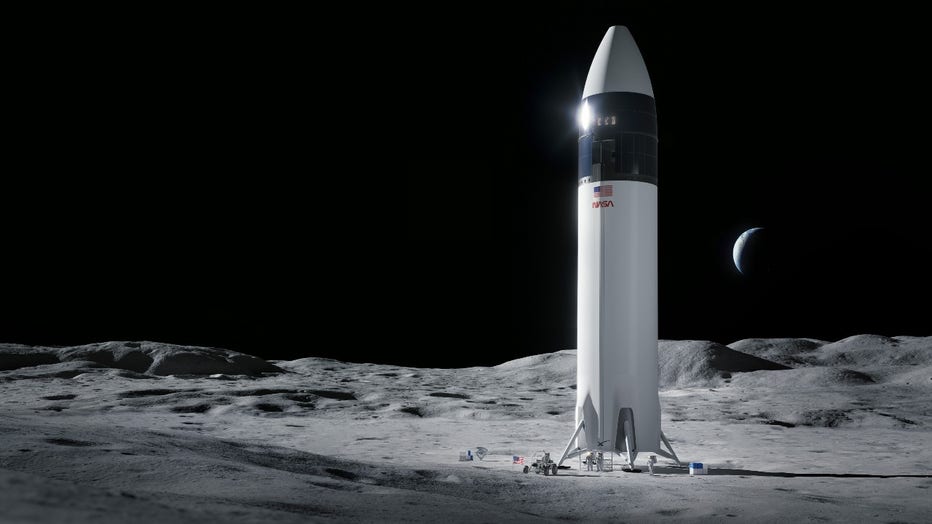 Illustration of SpaceX Starship human lander design that will carry NASA astronauts to the Moon's surface during the Artemis mission. Credits: SpaceX

NASA's Space Launch System (SLS) rocket will reportedly carry four astronauts aboard the Orion spacecraft for their multi-day journey to lunar orbit. There, two crew members will transfer to the SpaceX human landing system (HLS) for the final leg of their journey to the surface of the Moon.

After approximately a week exploring the surface, NASA said they will board the lander for their short trip back to orbit where they will return to Orion and their colleagues before heading back to Earth. 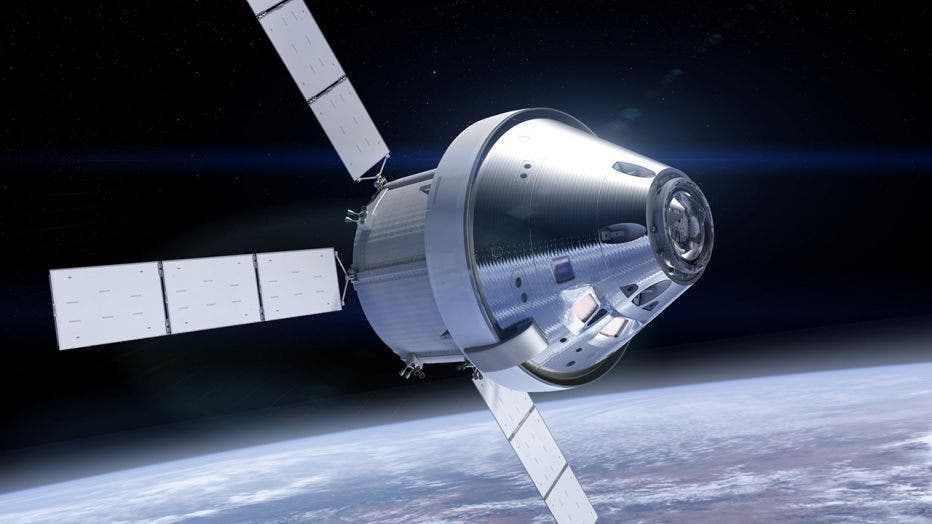 SpaceX’s HLS Starship is intended to evolve to a fully reusable launch and landing system, NASA says, designed for travel to the Moon, Mars, and other destinations. The company has been running test flights of the Starship at its facility in Texas over the last year.

NASA added with its Space Launch System rocket, Orion spacecraft, HLS, and the Gateway lunar outpost, a return to the Moon means scientific discovery, economic benefits, and inspiration for a new generation. 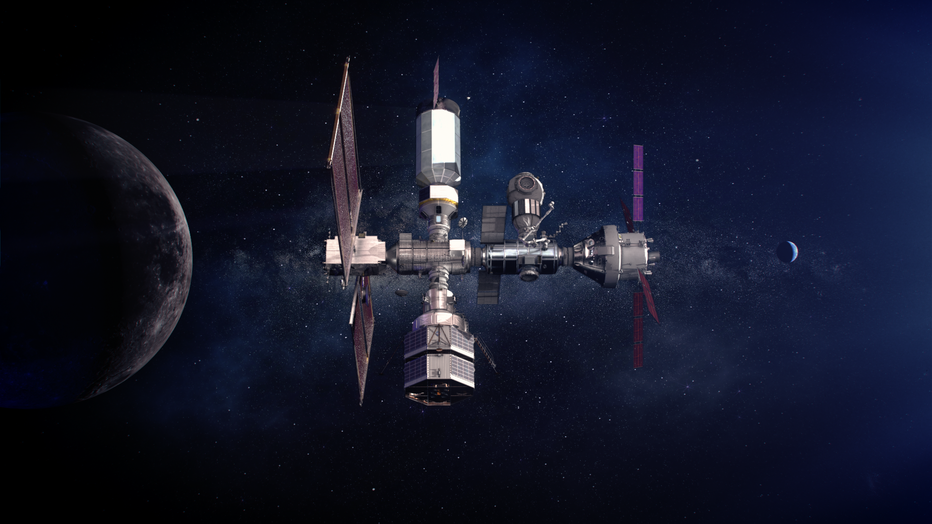 The Gateway will be an outpost orbiting the Moon that provides vital support for a sustainable, long-term human return to the lunar surface, as well as a staging point for deep space exploration. {Credit: NASA]

The space agency is targeting November of this year for the launch of the uncrewed Artemis I mission. The first crewed flight is planned for 2023.