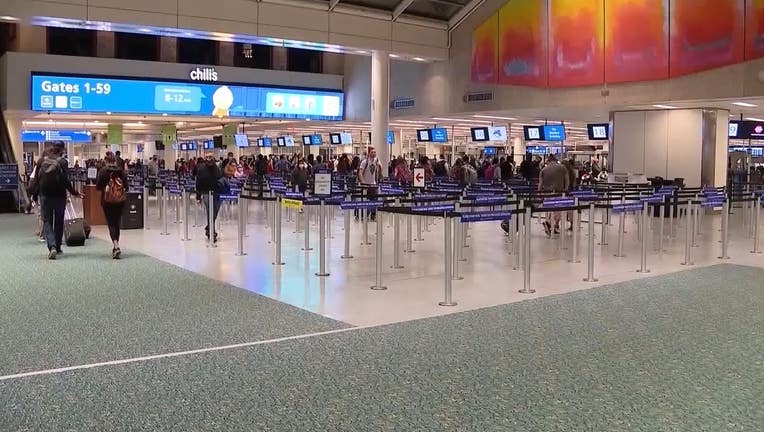 ORLANDO, Fla. - Travelers who visit Orlando International Airport's new terminal later this year are in for a treat.

According to the airport's website, Terminal C will provide guests with local Orlando dining options, shopping opportunities, and a place to lounge before boarding a flight.

WHAT RESTAURANTS WILL BE AVAILABLE AT TERMINAL C?

Airport officials said multiple local brands will "expand their reach" and open their businesses at the new terminal. Those include:

Restaurant chains like Starbucks and Chick-fil-A that are currently located in the North Terminal, will be at the new terminal, the airport said.

WHAT RETAIL STORES WILL BE LOCATED AT TERMINAL C?

As guests walk through the new terminal, they will have the opportunity to buy Orlando-specific souvenirs from Walt Disney World, SeaWorld, and Universal Orlando, "direct access to the best souvenirs only available in Orlando," the airport stated.

The terminal will also have gift shops such as The Scoop, Gatlin Trade, Sunglass Hut and Brighton.

WHERE CAN I WAIT FOR A FLIGHT IN TERMINAL C?

Travelers waiting to board their flight can relax at the terminal's Plaza Premium Lounge. The airport said it's located on the second floor of the Palm Court area.

It has quiet spaces, as well as a restaurant and bar.

HOW CAN I PLAN MY NEXT VACATION AT TERMINAL C?

The new terminal will have a TripAdvisor location. "This retail outlet will feature an interactive display wall sharing information on travel destinations around Central Florida and the world at just the touch of a screen," the airport said.

WHEN WILL TERMINAL C OPEN AT THE ORLANDO AIRPORT?