After record-shattering numbers of positive COVID-19 cases were recorded over the weekend in Florida, the governor defended them in a news conference Monday.

ORLANDO, Fla. - The governor addressed Florida's record numbers over the weekend, but what do all of the numbers really mean?

After record-shattering numbers of positive COVID-19 cases were recorded over the weekend in Florida, the governor defended them in a news conference Monday.

"Two days ago, the State of Florida conducted 144,000 cases. Put that in perspective. When we were here in March, we were probably doing hundreds a day," said Governor Ron DeSantis.

DeSantis went on to say 144,000 tests conducted in a single day is a dramatic number in and of itself and far more than the state was doing at the beginning of March.

FOX 35 asked Dr. Jason Littleton, of Littleton Concierge Medicine, what the numbers mean and whether they are indicative of more testing or more positive cases. 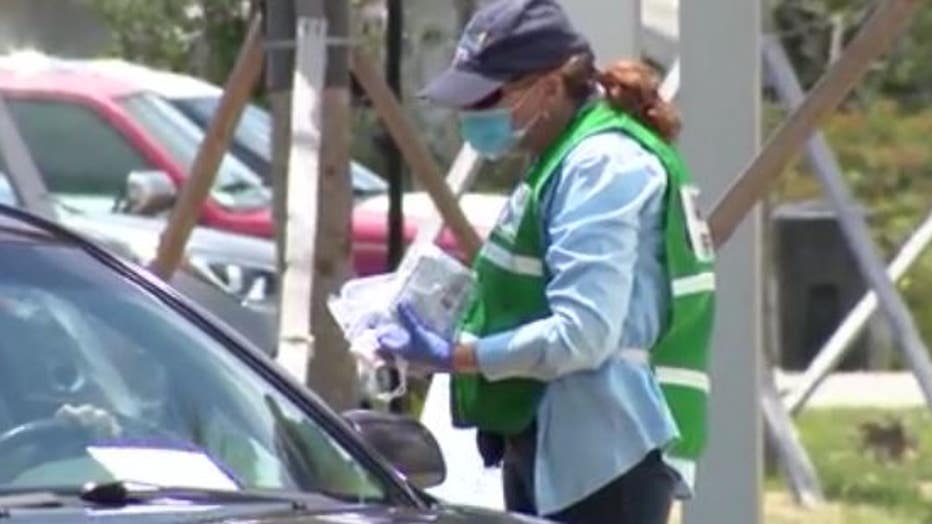 "Both. We are testing more and more people are being positive because more people are in close contact with each other since there’s no stay-at-home mandate at this time," Dr. Littleton said.

But, that doesn't mean we should just let it be.

He still urges people to wear masks and socially distance, especially the elderly and those who are immuno-compromised.

"They still need to stay at home, even though there’s not a mandate. They need to almost act as if there were a mandate because right now it’s really going through the state," Dr. Littleton said.

He says the increase in numbers was bound to happen when the stay-at-home order was lifted.

"Yes, you can be alarmed that the numbers are high, but no, from a medical perspective, I'm not alarmed in the sense that I kind of saw this coming," Dr. Littleton said.

The governor admitted the positivity rate has increased, but says he believes that may stabilize now.

He also pointed out the fatality rate has gone down.