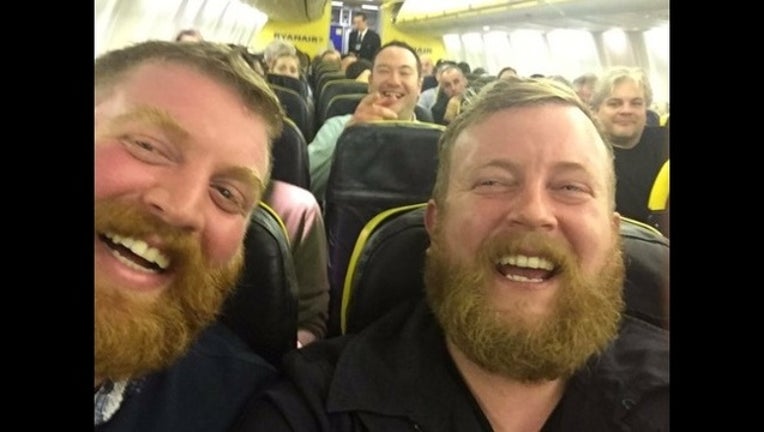 Neil Thomas Douglas, a photographer from Glasgow, was traveling to Galway via Stansted on Thursday night when he came face to face with the bearded stranger.

Douglas said: “When I got on the Ryanair flight, there was a dude already on my seat – when the guy looked up, I thought: ‘He looks like me.’ We had a big laugh about it – everyone around us had a laugh, we took a selfie and that was it.”

But the pair were later to encounter a further coincidence when they checked into the same hotel in Galway. Douglas said: “Later that night, I went to the pub and again, there was my twin. Total weirdness. We had a laugh and a pint.”