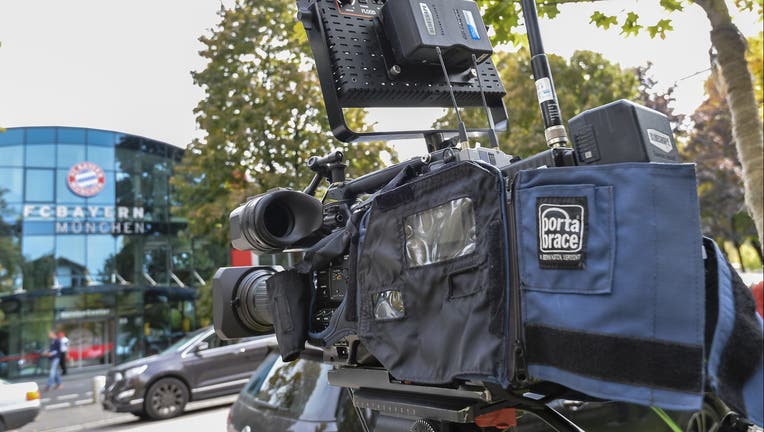 DUNBAR, W. Va. - A reporter and former FOX 29 Philadelphia intern was struck by a car during a live TV broadcast in West Virginia Wednesday before she stood up, brushed it off and managed to finish her report, video shows.

Tori Yorgey of West Virginia's WSAZ-TV was outside getting ready to report on a water main break in Dunbar when an SUV appeared in the shot and slammed into her, sending her crashing into the camera.

The woman who was apparently driving the SUV could be heard apologizing and Yorgey assured her she was fine.

As the live broadcast continued, Irr asked Yorgey where she was hit by the car, because he just saw her disappear, the anchor said.

"I don't even know, Tim," she replied. "My whole life flashed before my eyes."

After adjusting the camera, Yorgey eventually continued her report.

"But again, Tim, we’ll get back to the report, right? We’re on Roxalana Hills Drive in Dunbar. This is where that water main break is," she said, according to the video.

Yorgey noted that the incident occurred during her final week with the station. She wrote on Facebook that her last day is Friday.

"From there, I’ll head to my home state of Pennsylvania to continue reporting in the city of Pittsburgh…where I’ll be closer to family," she added.