Video taken by FOX 35 Jordan shows a water spout off of Flagler Beach on Tuesday afternoon.

FLAGLER BEACH, Fla. - A water spout was spotted off the coast of a Central Florida beach on Tuesday.

The video, taken by FOX 35 viewer Jordan, showed a water spout off the coast of Flagler Beach at about 3:30 p.m. on Tuesday. 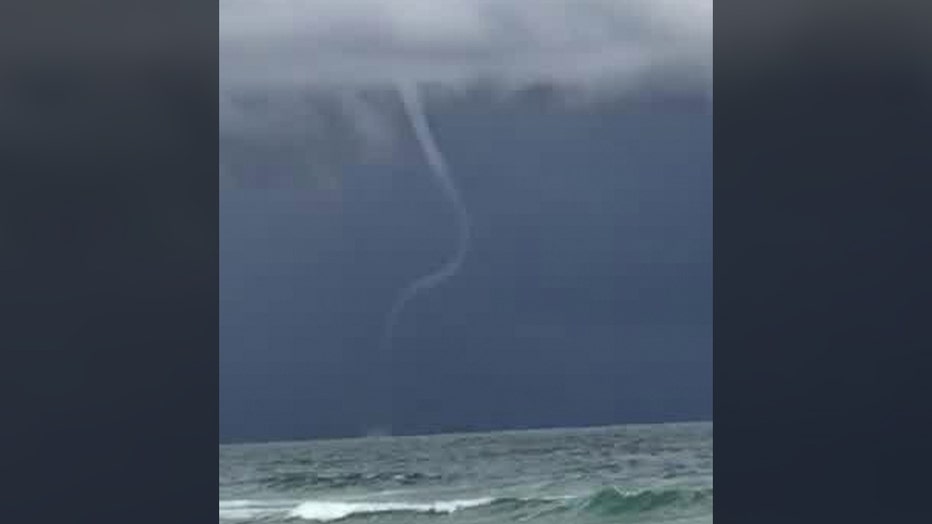 FOX 35 Chief Meteorologist Glenn Richards is anticipating some storms in Central Florida on Tuesday. Rainfall between one and four feet is possible.

According to the National Weather Service, waterspouts are similar to tornadoes over water and are generally broken into two categories: fair weather waterspouts and tornadic waterspouts.

Tornadic waterspouts are simply tornadoes that form over water or move from land to water and have the same characteristics as a land tornado. They are associated with severe thunderstorms and are often accompanied by high winds and seas, large hail, and frequent dangerous lightning. Fair Weather waterspouts are usually less dangerous phenomena.