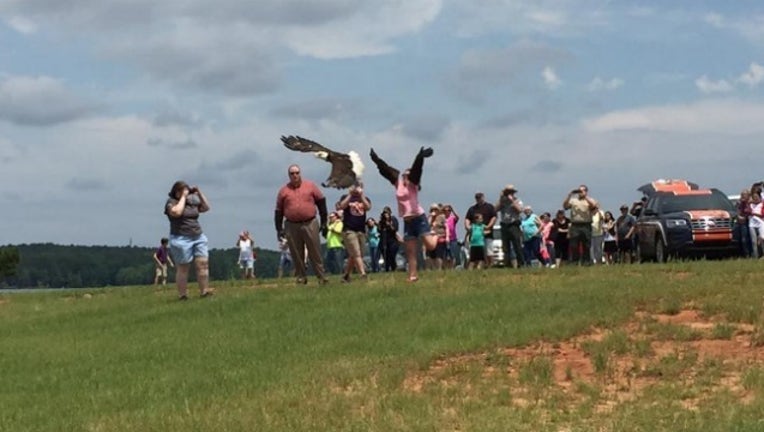 ATLANTA - An Alabama organization that treats injured birds of prey released a bald eagle in Georgia on Saturday.

Officials with the Southeastern Raptor Center and the Georgia Department of Natural Resources say the release follows more than a year of treatment. The eagle was found in early February in a Georgia hayfield.

Officials released it on Saturday at West Point Lake near LaGrange.

Veterinarians at the center treated the eagle for a fractured wing tip and internal bleeding. They say it took the eagle nearly a year to recover and fly well enough to be released into the wild.

The center is part of Auburn University's College of Veterinary Medicine.