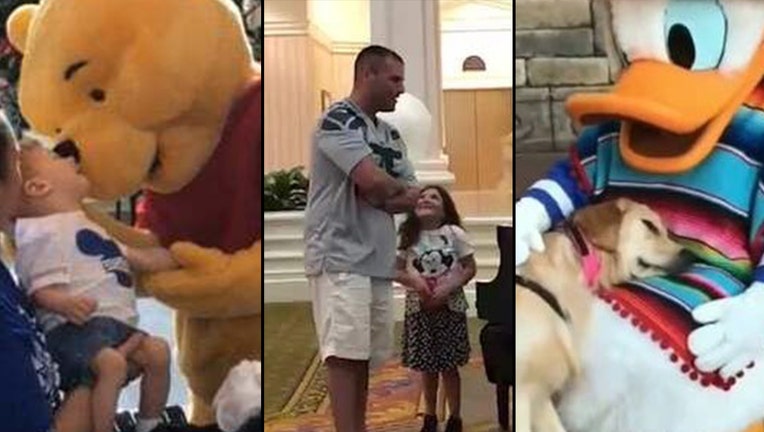 ORLANDO, Fla. - It's been 50 years since Walt Disney World first opened its gates to the public in Florida. Besides being home to some of the world's greatest attractions, Disney World parks have been the backdrop to some magical moments over the last 5 decades.

We've collected some of our favorite, viral videos taken at Walt Disney World.

The video shows Justin Gigliello singing 'Ave Marie' at the Grand Floridian. His daughter, Lyla, asked the man playing the piano if her dad could sing along while he played.

Comments made on the original video praised Justin. For example, one comment left said "Absolutely mesmerizing. Wonderful and beautiful."

Another comment read "Dude. It really is a magical place. That was boss."

A little boy from Central Florida has gone viral after his mother posted video to TikTok of the way he greeted Disney princesses at the Magic Kingdom in Walt Disney World.

RELATED: What attractions were open when Magic Kingdom debuted in 1971?

Vanessa Guedert posted the clip to TikTok and Instagram showing her son, Bernardo, tipping his Mickey hat to the princesses as they walked by during a parade. He even gets a kiss blown to him from Snow White!

A video posted by Vanessa Guedert on TikTok has racked up over 30 million views. It shows her son greeting Disney princesses at the Magic Kingdom like a true gentleman.

Guests visiting the Animal Kingdom at the Walt Disney World Resort in Florida got to see something special when they stopped by the gorilla exhibit. Apparently, a small snake had made its way into the enclosure and the animals within seemingly didn’t know how to react.

This is just too adorable for words.

A video has gone viral of Nala, an autism service dog, cuddling with Donald Duck while visiting Epcot in Disney World.

In the heartwarming video, Nala is seen putting her head down in Donald's lap as he ever so gently pets her head.  You can watch the video HERE. 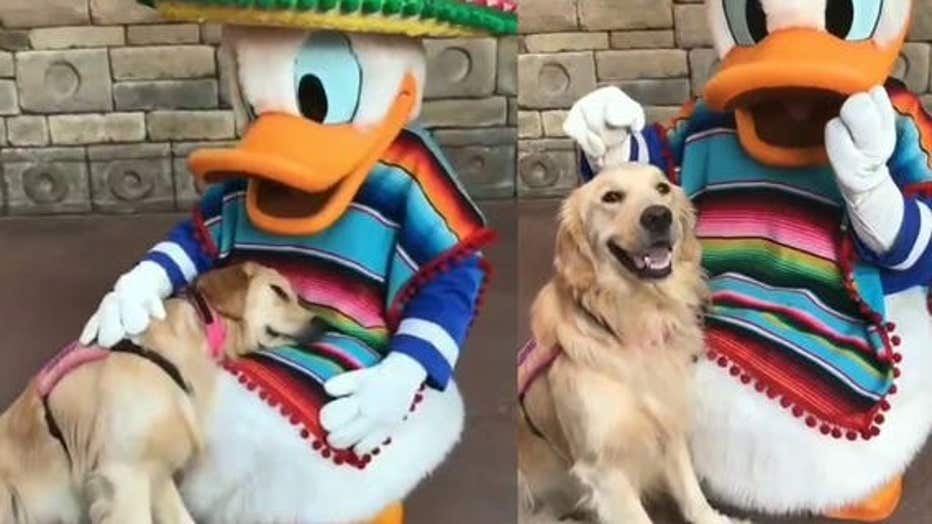 Mary Poppins made the day of her two most loyal fans.

Caroline Ross posted video to Facebook of her daughters, Demi and Tory, dressed head to toe like their famous idol, Mary Poppins, while visiting Walt Disney World in Orlando over the holidays in 2019.

Two little girls who love Mary Poppins got their wish granted when they got to meet her and walk around Disney World together.

A rainy day at a theme park can sometimes ruin the fun for some guests, but not when you're a kid at Disney's Magic Kingdom!

Cassie Claire Chase shared photos and video with FOX 35 News of the flooded streets at the theme park earlier this year after a storm rolled through. Instead of huddling under whatever covering they could find, kids took advantage of the new ‘water park.’

Heavy rains caused some flooding at Disney's Magic Kingdom on Thursday and the kids took advantage of it.

A video shared by a family member of a disabled boy shows a touching moment between the child and a Walt Disney World staff member dressed as Winnie the Pooh at the resort in Orlando, Florida.

Jessie Barber posted the video on Nov. 12, 2018, but has been making its way around the internet once again.

A video shared by a family member of a disabled boy shows a touching moment between the child and a Walt Disney World staff member dressed as Winnie the Pooh at the resort in Orlando, Florida.

A man carrying balloons through Mickey’s Not-So-Scary Halloween Party at Walt Disney World Resort in 2019 was nearly carried off when a burst of wind hit the parade.

"They said Mickey’s not so Scary party… but they didn’t say not so Windy!" Erick Comellas, who took the video, wrote to Facebook.

Be sure to check out FOX 35's guide to Disney World's 50th anniversary celebration!