Newly released bodycam video shows the moments after a man drove onto Daytona Beach and injured five people, including a child.

DAYTONA BEACH, Fla. - New bodycam video shows the immediate moments after a driver lost control of his vehicle and crashed through a toll booth at Daytona Beach, before driving across the beach and coming to a stop at the edge of the ocean. Five people were injured, including a child who was struck while playing in the water, officials said.

Volusia County Beach Safety officials said that the driver possibly suffered a seizure before the crash, though still remains under investigation.

The video shows paramedics and lifeguards tending to a five-year-old child –  later identified as David Alamos – as his father stands next to his side.

"I need a helicopter! I've got a pediatric trauma alert," a first responder says in the video.

David – who was visiting from Tennessee with his family – was treated for injuries to his chest and arm and spent Sunday night at Halifax Health Medical Center. His family said he needed some stitches, but did not have any broken bones.

New video shows the terrifying moments a car crashed through a toll booth and then drove onto Daytona Beach before ending up in the ocean. A young boy who was swimming in the ocean was hit by the car and injured.

Paramedics walked around asking if other people needed medical treatment while trying to clear the beach, according to the video.

According to a report from Volusia County Beach Safety, investigators believe the driver suffered some kind of medical episode, possibly a seizure, and lost control of the Nissan Altima. The driver's fiancée, a passenger in the car, tried to take control but was unable to avoid the crowds.

There were four people in the vehicle, two of whom were children. All are expected to be OK, officials said. 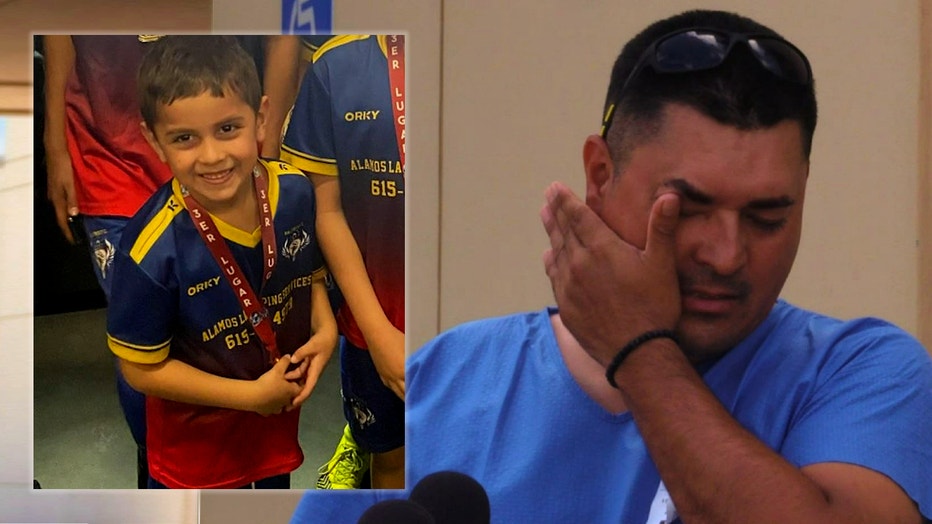