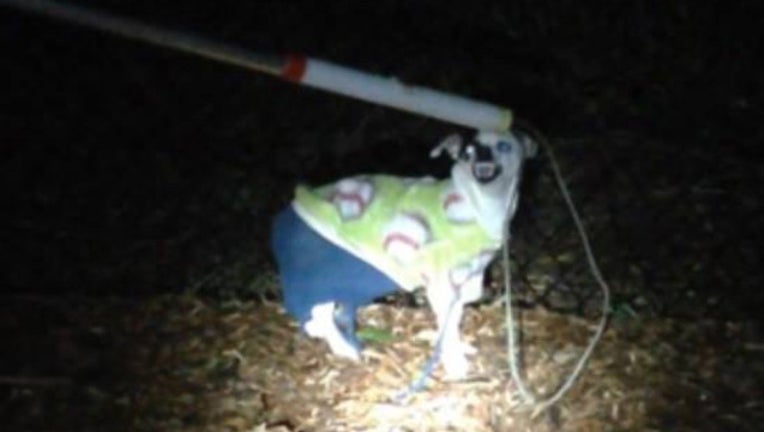 BELLEVIEW, Wash. - Police in Bellevue, Washington have found a very angry small dog wearing a shirt and pants, and they're hoping to help reunite him with his owner.

The pup is about three years old and is a Jack Russell Terrier mix. He was found wearing a sweater with baseballs on it and blue shorts, and according to police, he "was very angry." A photo of the little guy bearing his teeth at police was posted on the department's Facebook page.

The dog was taken to King County Animal Services, which has placed him on a "stray hold" to see if his owner comes forward. His owner will have until Dec. 4 to come forward and after that, he will be given a temperament test, given a checkup at the vet and neutered, and then put up for adoption.

His identification number is A515722 and his adoption status will be on the animal services website and on petharbor.com.