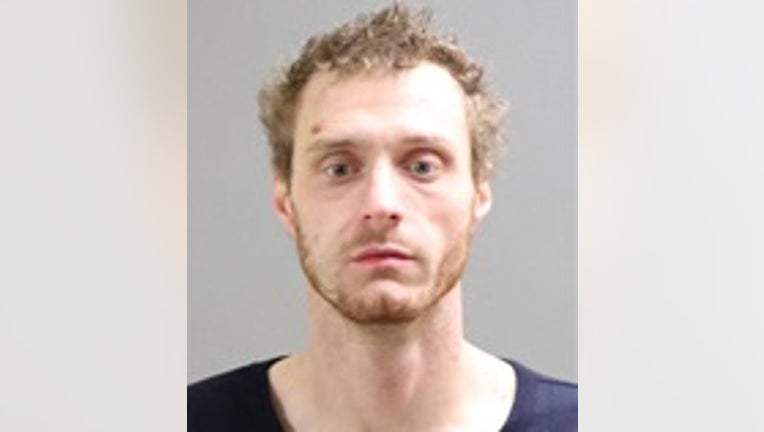 Erik Fry, 34, has been charged with beating a woman to death with a hammer just one day before he was in due in court on a domestic violence charge against the same woman.

WARREN, Mih. (FOX 2) - Warren Police said a man who was previously charged in a domestic violence case against a woman is now charged with her brutal murder after she was found bludgeoned with a hammer.

Erik Fry has been charged with the murder of 34-year-old Amanda Harvey who was found dead in a home on Julius Street in Warren on Monday. Warren police said Fry was Harvey's longtime boyfriend.

According to court records, Fry was charged with a domestic violence case against the same woman and he was released without having to pay a bond on that charge. He was due in court on those charges on Tuesday, just hours after the woman was found dead.

Warren Police Commissioner Bill Dwyer said officers have been to this house before - as recently as Sunday when neighbors said a friend of the victim was worried about her.

"This entire incident is tragically regrettable. I am appreciative for the hard work of the men and women of this police department and the fact this dangerous individual is in custody and no longer posing a threat to the citizens of Warren," Dwyer said in a statement.

When they arrived that day, everything seemed in order. A day later, they were called back to the home and found her body. The caller was Fry, police said.

Fry, who is deaf, called 911 and told dispatchers that he "just killed a woman" and police immediately arrived at the home and found the brutal scene.

Macomb County Prosecutor Peter Lucido said he was outraged that Fry was released on the previous domestic violence charge without a bond. Lucido

Police have arrested a man for murder after finding the victim of a fatal assault inside a Warren home - and the person allegedly responsible is the same one who called police to confess.