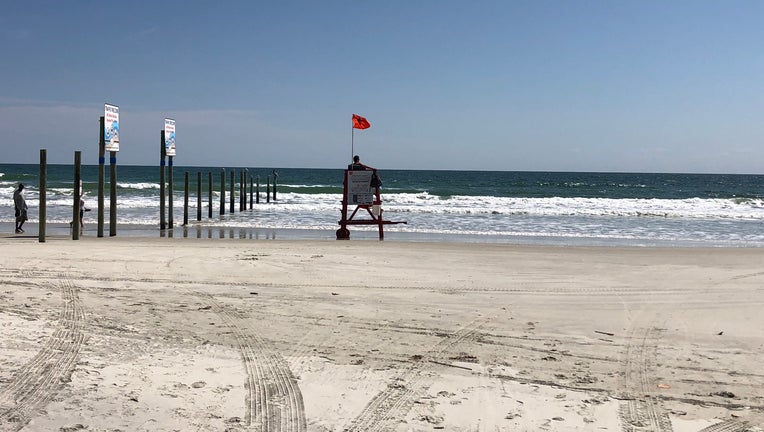 “Oh, it's crazy. It's like a ghost town,” said Dallas Monges, who was walking on the beach with his 4-year-old son, Tyson.

Volusia County imposed strict rules aimed at halting the spread of the coronavirus, closing the beach for most activities. Dallas and Tyson were some of the few people walking out on the sand.

“We live across the street and we've been stuck in the house for about a month now,” Dallas said.

The county eased restrictions on beach exercise last weekend. There are six activities you can still do on the beach. Those are walking, jogging, biking, fishing, surfing, and swimming.

“When they reopened it back up for exercise, it's awesome. It's just so cool, especially for the locals here cause all the parks are shut down,” Dallas said.

Beach patrol says they've given about 800 warnings to people who weren't following the rules, but a few people just weren't getting the message.

“We had two arrests so far. Sometimes, you know, people just don't want to comply with the regulations and then that's when we have to issue fines,” said Capt. Tamara Malphurs.

Fines start at $50, but beach patrol hopes it doesn't have to come to that.

Monges said even his 4-year-old son gets it.