The Volusia County Sheriff's Office had a rough weekend dealing with an estimated 3,000 people, deputies say, gathered across DeLand for a party that spanned several locations.

DELAND, Fla. - The Volusia County Sheriff's Office had a rough weekend dealing with an estimated 3,000 people, deputies say, gathered across DeLand for a party that spanned several locations. 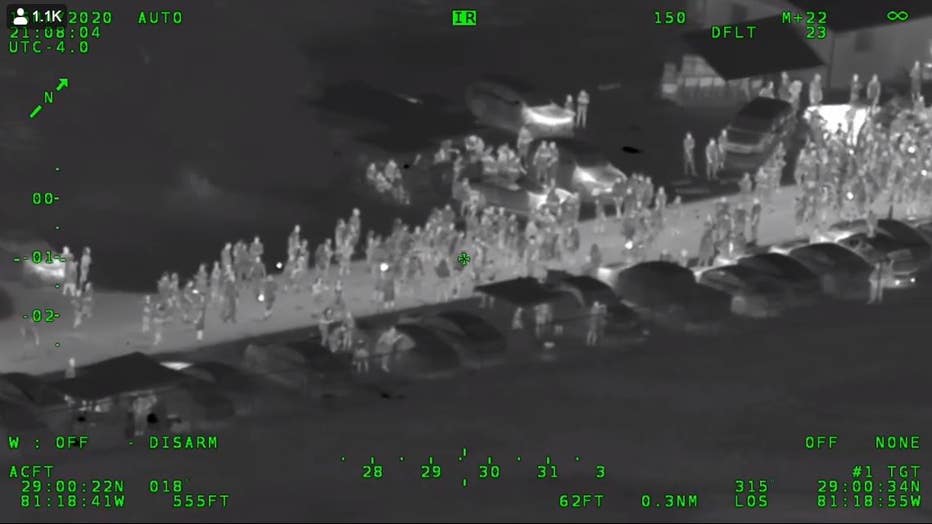 Deputies, along with officers from the DeLand Police Department, said they encountered several issues, including "a long gun pointed out of the passenger window of a passing vehicle, a loaded gun handed off from one convicted felon to another, agitated crowds of bystanders and bottles, jars and bar stools used against law enforcement as weapons or projectiles." 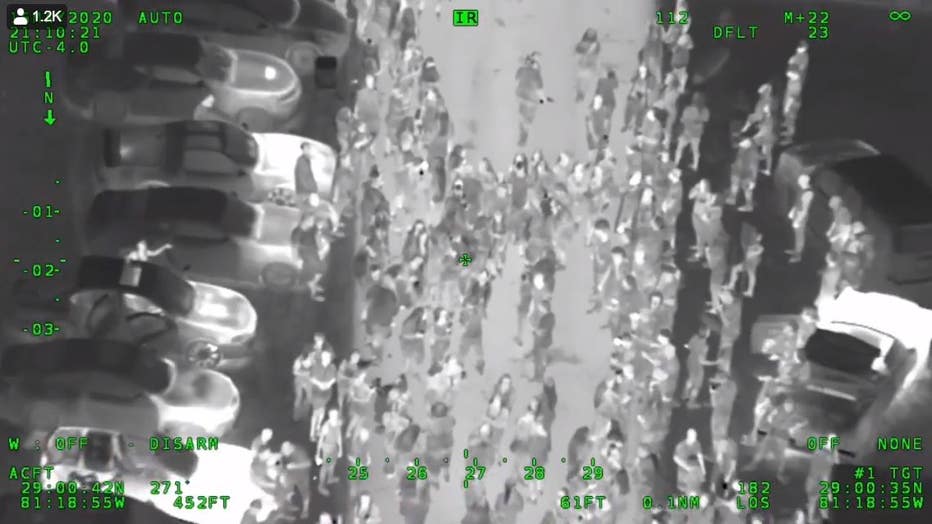 The sheriff's office posted on Facebook about an incident involving the arrest of two people in regards to the block party.

In an update to the post on Sunday, the sheriff's office said an Orlando man who attended the party in DeLand was admitted to a hospital in Altamonte Springs with a gunshot wound to his foot.

The update read: The victim, 34, told Altamonte Springs police he “was drinking with friends and pretty inebriated when someone started shooting,” according to an incident report. “He was unsure of the exact location of the shooting. He started running with everyone else when he felt pain in his foot. He left the area with friends and went back towards Orlando. He got home and put peroxide on his foot, wrapped it up and went to bed. When he woke up he went to AdventHealth Altamonte Springs Hospital for treatment.

The update ended with deputies saying the victim said he would not cooperate with the investigation and didn't want to press charges.

The Volusia County Sheriff's Office said it is likely more information on the eventful weekend will be released on Monday.