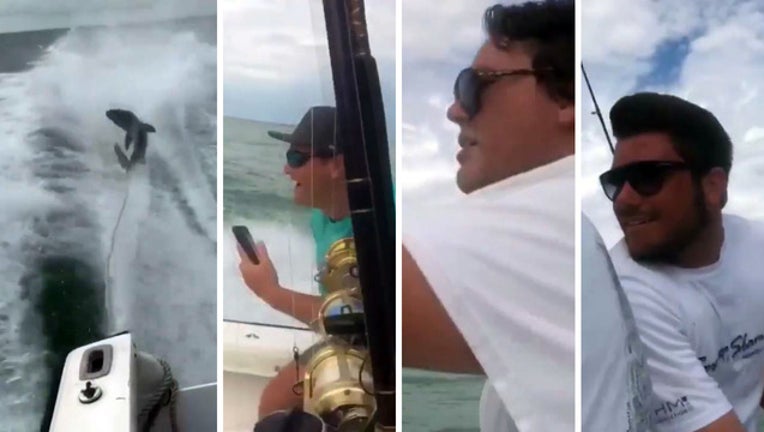 TALLAHASSEE, Fla. (WOFL FOX 35) - As state investigators seek more evidence from the public about a growing number of videos that showcase abuse of sharks, legislation may be filed that seeks to better define state wildlife laws.

“It is unfortunate that it takes events like this to bring to light other cruel animal abuses that occur on our waters,” state Rep. Alex Miller, R-Sarasota, posted on Facebook last week in reaction to a video that showed a shark being dragged behind a boat at a high speed through Tampa-area waters.

The video has spurred social-media outrage and the circulation online of other videos and photos believed to be related to the people in the shark-dragging episode.

“If current law does not find this to be a prosecutable crime, I will present a bill this session that brings more clarity,” Miller said in the post.

Miller's Facebook post came before the Manatee County State Attorney's Office and the Florida Fish and Wildlife Conservation Commission's Division of Law Enforcement announced Friday they hope for a “swift and lawful resolution” to the incident that sparked the online outrage.

"The brutality and disrespect shown to this animal is sickening and I am sure that you share my outrage over these individuals' heinous actions,” Scott wrote to Fish and Wildlife Conservation Commission Chairman Brian Yablonski on July 28.

Yablonski responded that the commission will move forward to strengthen regulations where needed.

Among the other pictures and videos that have been circulated is a video showing a man firing two shots into a hammerhead shark that had been reeled to the side of a boat.

Hammerheads are among a number of shark species it is illegal to harvest in state waters.

The shark in the initial video may be a blacktip or spinner shark, which can both be caught. The blacktip is among 12 species in which the state has no size limits. Spinner sharks must be at least 54 inches to be pulled in.

In their joint statement, the FWC and the State Attorney's Office asked for public “understanding and patience.”

“These investigations are complex, and both the FWC and the State Attorney's Office appreciate the public's understanding and patience,” the statement said. “We take these incidents seriously, and this investigation is moving forward.”

Miller said she expects that, “In the age of social media more and more of these incidents will come to light.”

She noted that current law appears “pretty vague and doesn't address mistreatment of sharks, although it does include a list of sharks that aren't allowed to be harvested.”