A man was arrested after police say he threatened to shoot a group of people and then flashed a handgun at an Ocala police sergeant during a pursuit.

OCALA, Fla. - A man was arrested after police say he threatened to shoot a group of people and then flashed a handgun at an Ocala police sergeant during a pursuit.

Ocala police were called to the Promenade Apartments on Thursday afternoon after witnesses say that one of the groups involved had left the complex stating that they were going to return with firearms and shoot them.

MORE NEWS: How to help the Pet Alliance of Greater Orlando after fire

The first suspect was quickly arrested. The second, Dallas Dothard, 23, was pursued throughout the complex and reportedly refused to comply with repeated instructions to stop and show his hands.

"Ultimately, during the foot chase, Dothard produced a handgun at which time the patrol sergeant who was in pursuit fired one round from his department-issued handgun. The round missed Dothard," police said. 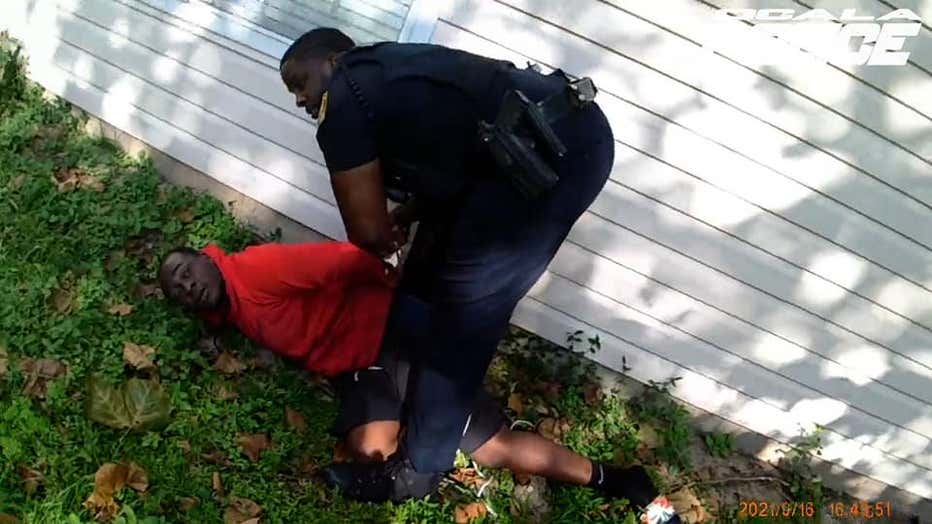 Dothard then reportedly threw away his weapon and continued to flee on foot until the sergeant apprehended him.

No one was injured during what police call ‘an extremely tense situation.’

Ocala Chief of Police, Mike Balken, stated, "The bottom line here is that our officers prevented what certainly could have escalated into an active shooter situation within the complex which would have jeopardized the safety of many innocent people. Although an investigation is currently underway, my initial review of the situation leads me to believe that the sergeant who discharged his weapon did so well within guidelines, and while demonstrating an incredible amount of restraint. We are extremely lucky that our sergeant was uninjured and quite frankly, Dothard is very lucky that he’s still alive."