"Hands up! Get your hands up. Don't move," a police officer is heard saying on video after spotting Keene in the passenger side of a car on Nova Road in Ormond Beach. "Don't reach for anything. Driver, unlock the door!"

According to police, 30-year-old Karli Elliott and her ex-boyfriend got into an argument outside a 7-Eleven store near Glenview and Seabreeze boulevards on Tuesday morning shortly before noon. After the argument, she reportedly called Keene, her current boyfriend, who came to the same area and at some point, fired a gun. 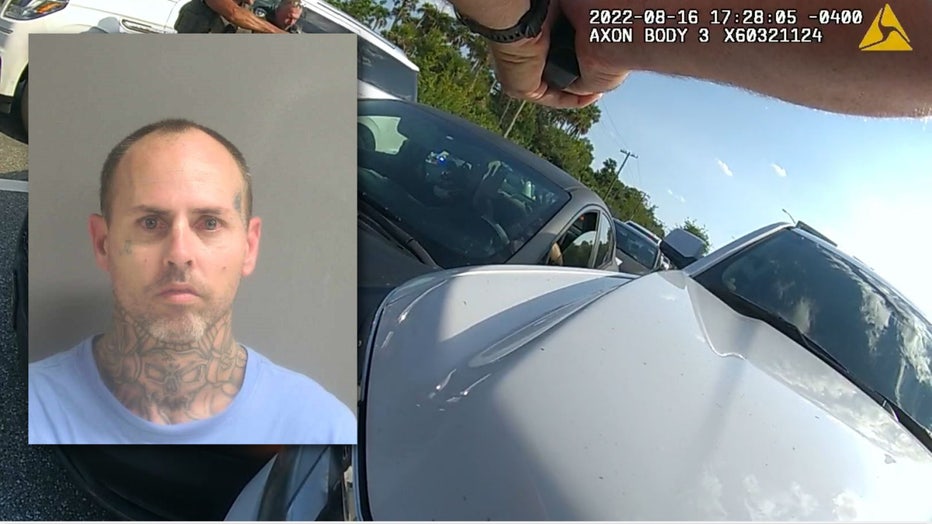 Officers arrived to the area after an anonymous person called 911 saying they heard a gunshot and a woman saying she had been shot, an arrest report stated. Police found Elliott lying on a sidewalk suffering from a gunshot wound. She was taken to a local hospital where she died. Police believe Keene intended to shoot her ex-boyfriend, who has not been identified.

Witnesses who heard the gunshot told law enforcement they saw a man, later identified as Keene, running west on Glenview Boulevard, away from the scene through a complex's parking lot.

A search warrant was issued for Keene's apartment on North Halifax Avenue, and when Daytona Beach Police's SWAT team executed it, they did not find Keene, but they found a safe containing ammunition that was consisted with the type of shell casing found at the shooting scene.

For several hours, Keene led Daytona Beach police officers on a manhunt, causing multiple nearby schools to be placed on lockdown as a precaution and roads to be blocked as a search was conducted.

It's not immediately clear how officers learned of Keene's location. According to a charging affidavit, a detective identified Keene as a passenger of a 2014 Kia, and at 6 p.m., the car was stopped at Nova Road and US-1.

He was taken into custody on charges of second-degree murder and possession of a weapon by a convicted felon, according to police. He reportedly admitted to being at the scene of the shooting, but never admitted to committing the crime.

Keene is expected to appear before a judge Wednesday afternoon.

The identity of the person driving the car is unknown.