Authorities are warning residents in the Four Corners area to be aware of a series of break-ins. One of those incidents was captured on home surveillance they say.

The video shows two intruders walking through the home in the Four Corners area of Lake County.  Detectives say they made off with thousands of dollars worth of cash and jewelry. People who live in the neighborhood had no clue it happened.

Investigators want to catch the alleged thieves and they want you to look at the video closely.

"There is definitely an MO [modus operandi],” Sergeant Fred Jones with the Lake County Sheriff’s Office said. “I can’t go into detail what that detail was, but as they looked at a separate burglary in the same area, down in the south end of the county, they noticed a similarity.” 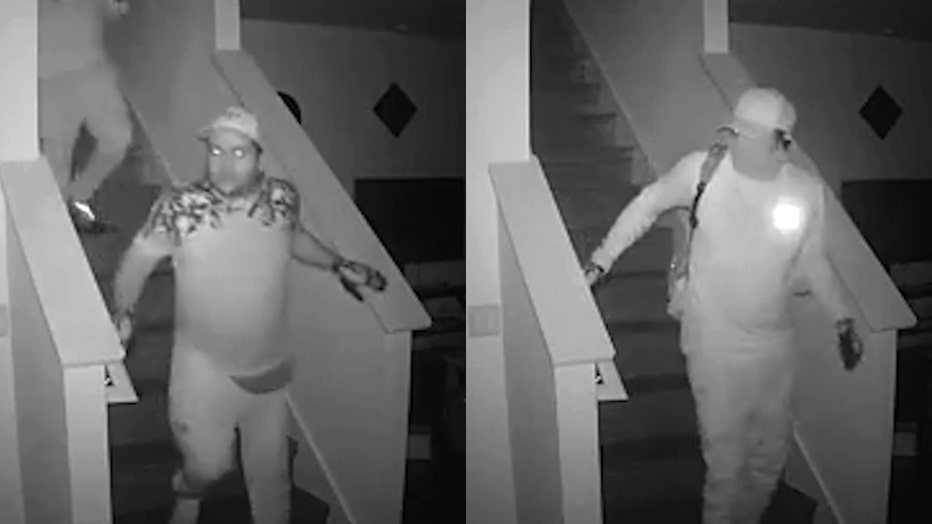 They said there is something on the video that may make it difficult for the burglars to get away with the crime. One of the suspects seems to have a limp.

“You can see it’s very distinguished, the limp that he has,” Sgt. Jones said.

The suspects aren’t wearing masks and detectives said they could be heard speaking Spanish in the video. They’re looking into whether these men are involved in other burglaries that happened in this area and potentially burglaries in other counties, too. The Sheriff’s Office wants the public to stay vigilant and look out for their neighbors.

“If you see anybody that looks suspicious, a lot of people say, ‘I don’t want to get involved,’” Sgt. Jones said. ”Get involved.”