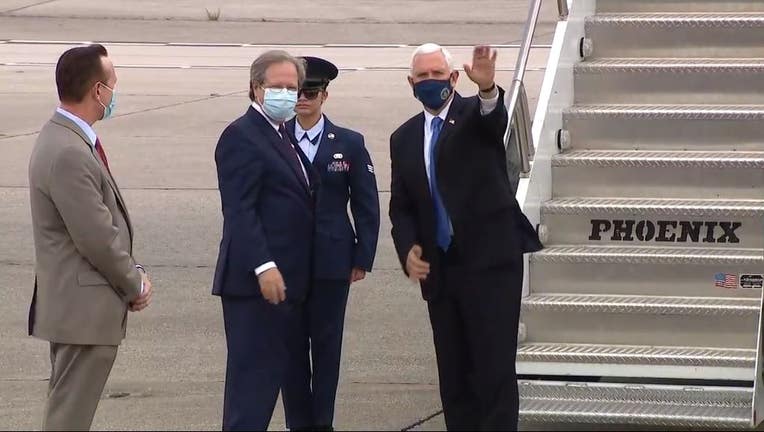 ORLANDO, Fla. - Vice President Mike Pence will be making campaign stops in Central Florida today, with visits to Orlando and The Villages.

Pence will attend a Latinos for Trump event at Central Christian University, located at 5504 N. Hiawassee Rd. in Orlando.

The Orlando stop will be followed by an event in The Villages at the Brownwood Paddock Square, located at 2705 W. Torch Lake Dr. This will be Pence’s second campaign rally in The Villages since 2016.

Those interested in attending must register for tickets (2 per guest) at the Trump campaign website: Orlando | The Villages.

The campaign announced that President Trump will deliver remarks at a Make America Great Again event in Sanford, Florida on Monday, Oct.12.  Doors open at 4 p.m., and the event is scheduled to start at 7 p.m.  You may only register up to (2) tickets per mobile number per event. All tickets are subject to a first come first serve basis. Register here.

The president revealed that he tested positive for the coronavirus last week. He was then taken to Walter Reed National Military Medical Center on Oct. 2., but he returned to the White House on Oct. 5 after receiving aggressive treatment, including an antibody cocktail.

Pence tested negative ahead of his debate with U.S. Sen. Kamala Harris. The two were socially distanced and separated by Plexiglass.

Florida is widely viewed as a must-win state for Trump as he seeks re-election.